The exhibit found in Independence Hall museum in  Wheeling WV highlights the individuals  who were responsible  for creating the  the state  in the midst of the Civil War.  The men who served governor, legislators, conventions, delegates and in other positions in the new government of West Virginia and restored government of Virginia.

I  think that the annual  history bowl event helps in nurturing and inspiring West Virginia's children in embracing their potential  to make a difference  in the world.  The founder of this event, Mr. Randahll, gave a short speech before the competition begun  and he  said that he's been all over Europe for years but came back to West Virginia because it is is HOME.  He teased the crowd that people who have never been in WV is missing out. 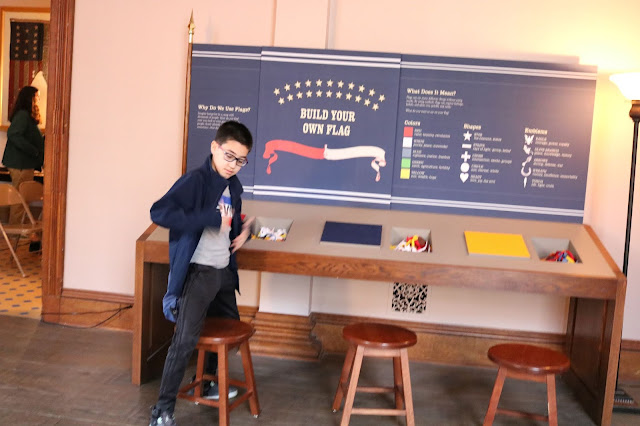 As a retired navy, my husband really enjoyed all of the military stuff display. According to one of the host of the events whom we talked to, the grand architecture of the building's interiors has been authentically restored.  She said it was a mess when they first started restoring the place but it looks beautiful now. 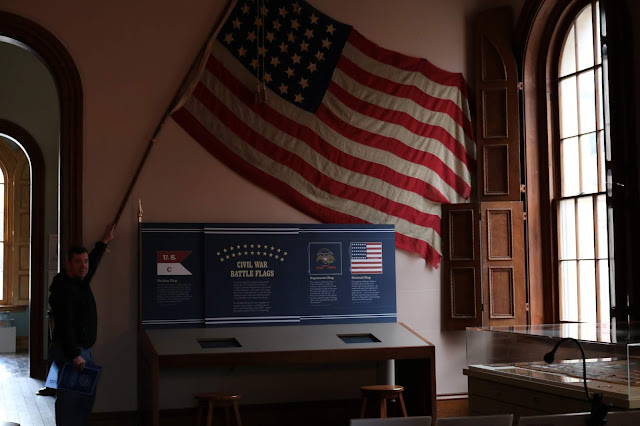 With statues being torn down these days, I am glad that you can still learn the history through museums like this. 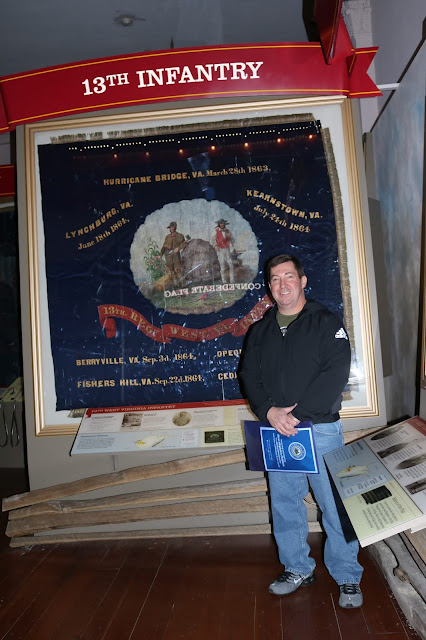 "West Virginia: Born of the Civil War." :  You can find and  see the permanent exhibition, located on the first floor of the museum.  It  features dramatic displays with period artifacts.  If you are into history, you can  explore the statehood process against the background of the Civil War.  It's a pretty neat experience. 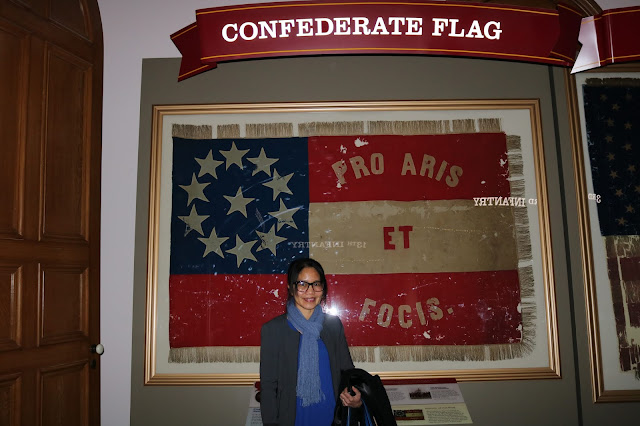 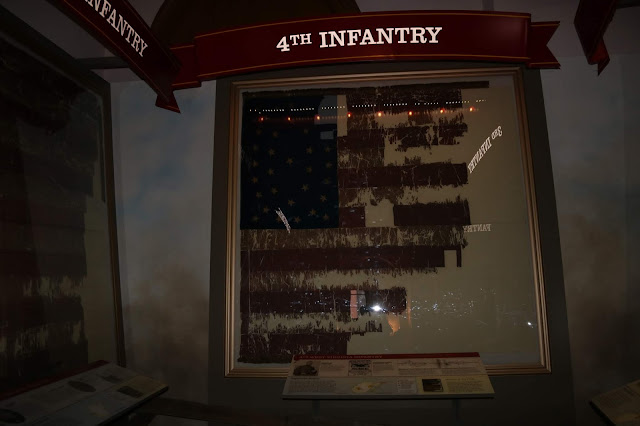 I like the setting because aside from the information laid out in each display, there's is also an audio you can listen to by lifting the  telephone like tool. You can also  view an interpretive video, "For Liberty and Union," and take a self-guided tour of the structure. 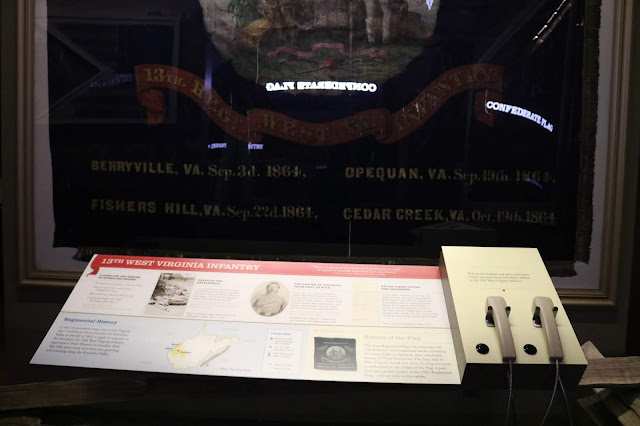 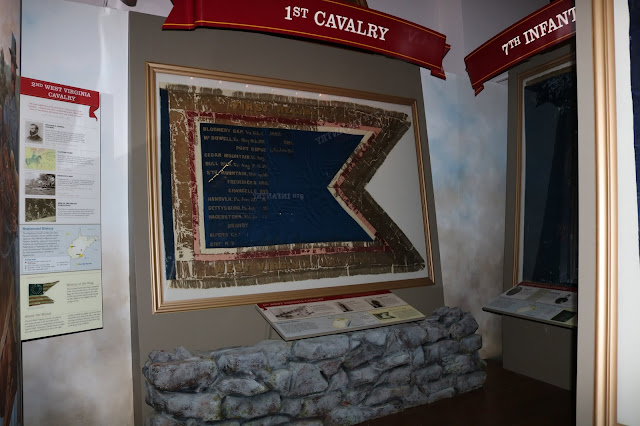 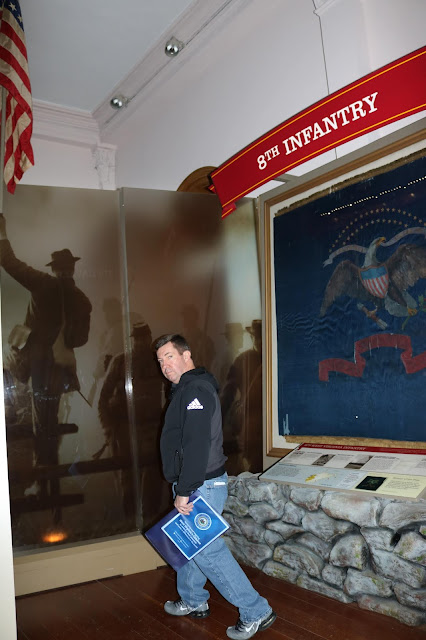 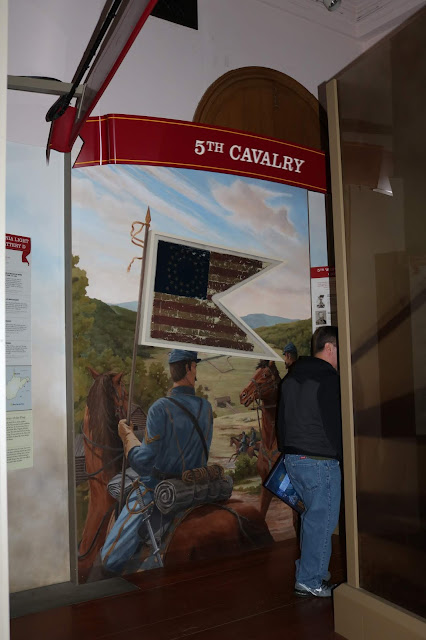 This used to be  the Governor's office.  I really find the arch window shaped so charming. 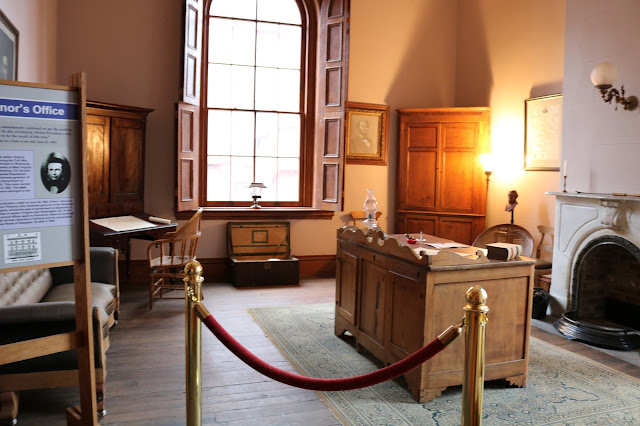 I don't see this kind of chandelier anymore so it was a treat to see it there at the museum. 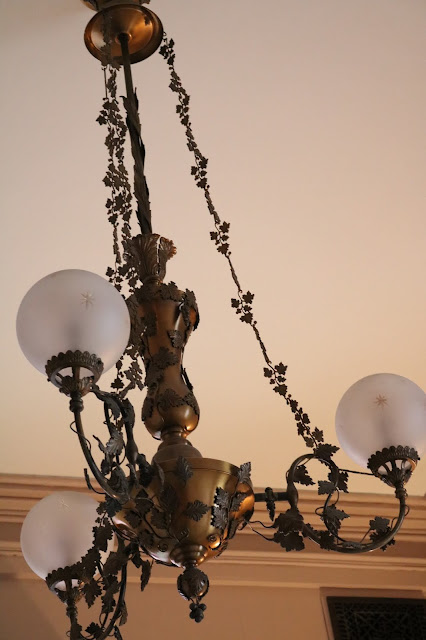 I am glad that there are museums that young mind can go to and explore.  They can learn a lot of things like preservation of the flag which is not being taught in school anymore these days.  The school where my children go to still recites  the Pledge of Allegiance everyday so I am grateful about that. 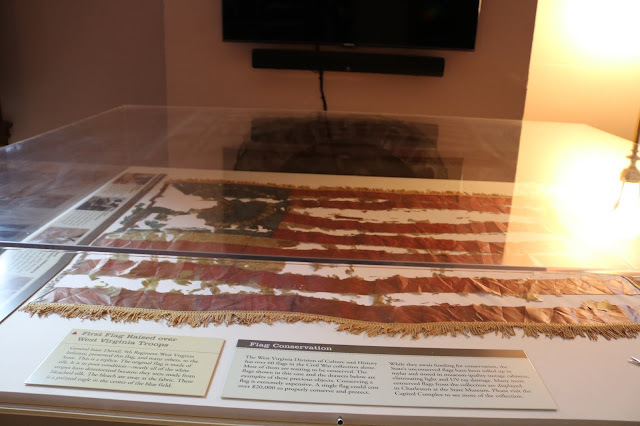 I like this part of the museum right here.  You can build your own flag. 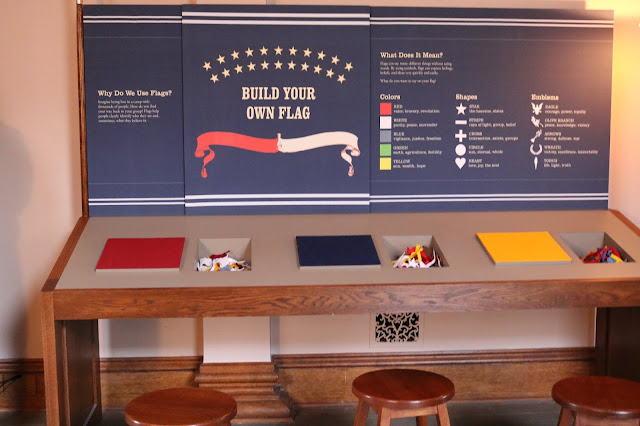 This is where President Lincoln sat when he visited.  It said that:


"Nearly six years before President Lincoln signed the proclamation making West Virginia the 35th State in the Union, the construction had begun on the Wheeling Custom House, the headquarters for federal offices for the Western District of Virginia. Its completion, coinciding with the beginning of the Civil War, provided a facility for heated political discussions and constitutional conventions that led to eventual statehood for West Virginia in 1863. Here, issues dividing many Virginians - slavery being one of many - were debated, compromised and shaped into the skeleton of statehood. Serving as the Restored Government of Virginia (aligned with the Union) from 1861-1863, it is appropriately known today as West Virginia Independence Hall." 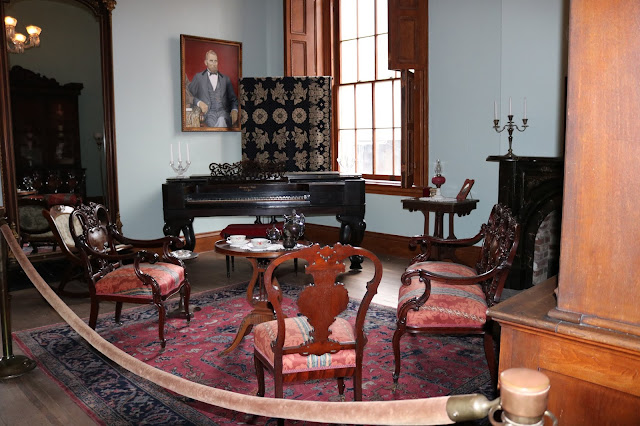 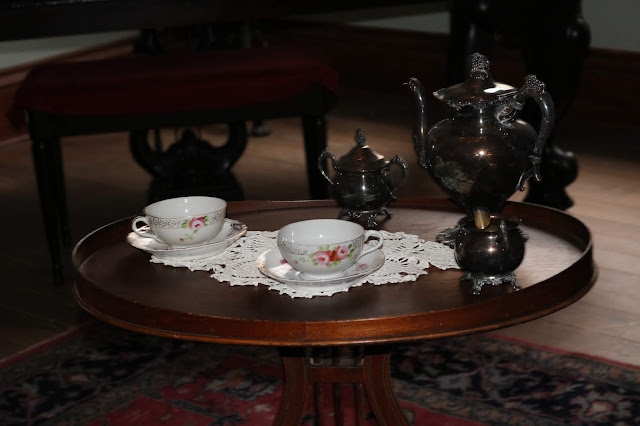 There's so much info to absorb but unfortunately I did not have enough time to read all of them.  All I could do was to snap  some quick shots of the interesting things 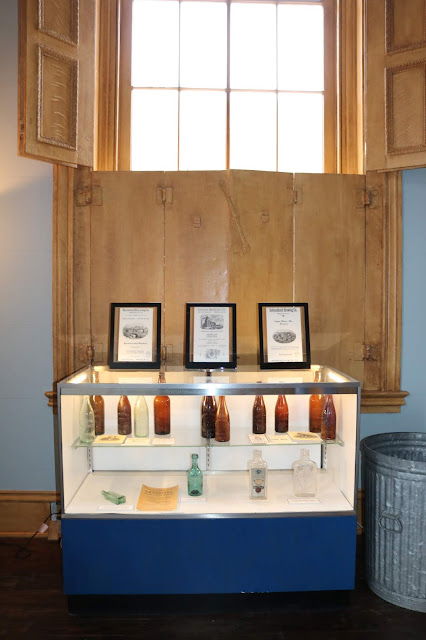 Aside from salt, West Virginia is also known for glass manufacturing back in the  day. 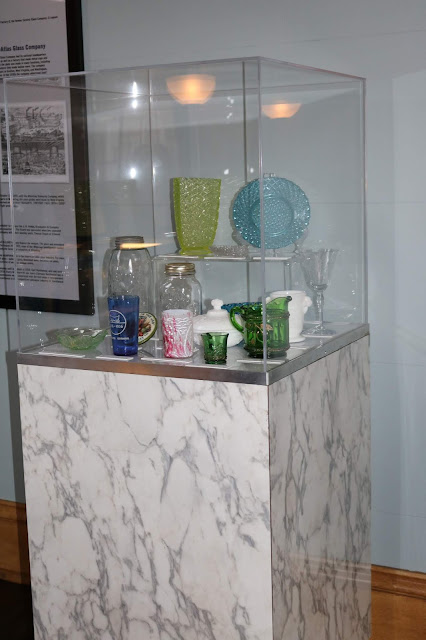 There's also a factory  in Newell, WV for fiestaware. 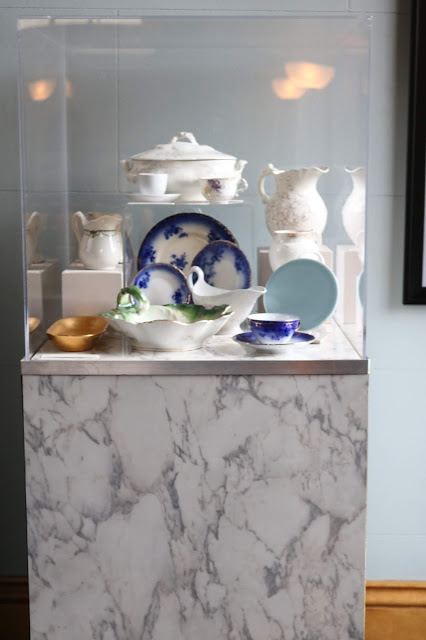 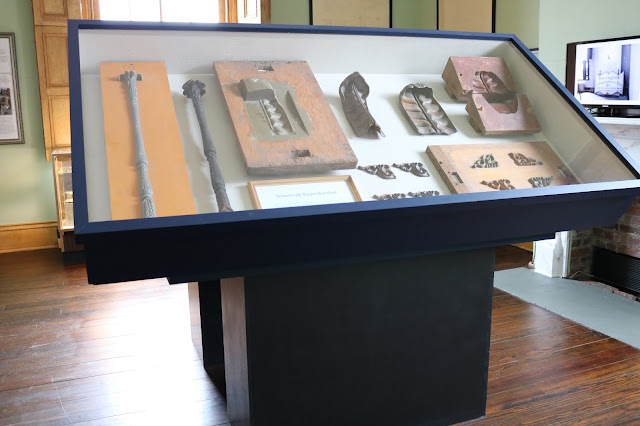 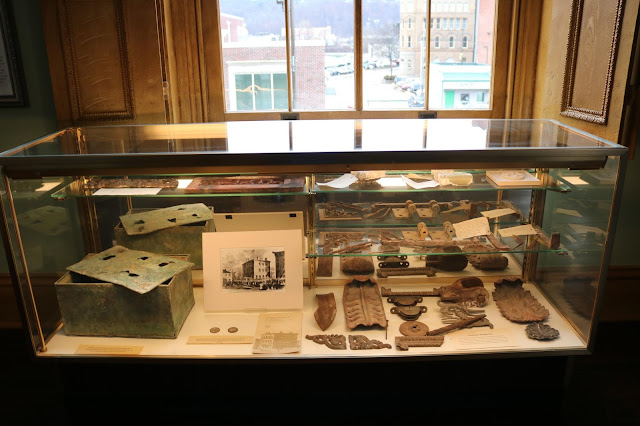 We plan to go back there one day just so we could  fully absorb  and see  all the infos in the display. 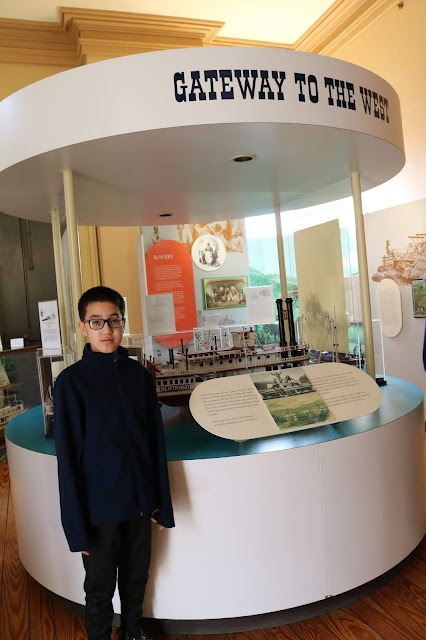 Steamboats and trains are two biggest part of transportation of coal and other products back in the day in West Virginia.  There's still trains and steamboat these days and it is so neat to see  the old ones that was used in the civil war era. 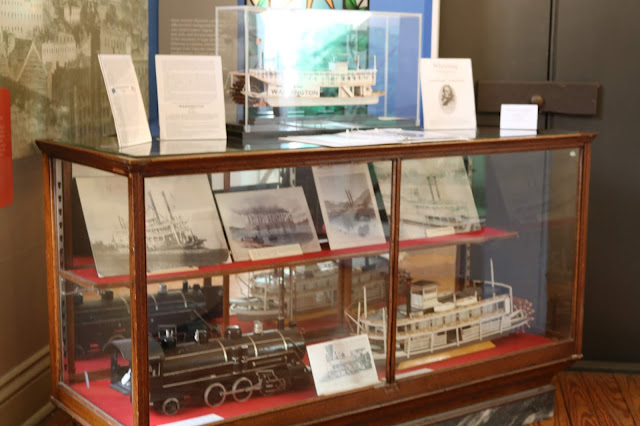 This tool was invented by a Virginian, Cyrus McCormick from Shenandoah Valley in 1831.  This is called the Virginia Reaper machine which revolutionized harvesting wheat.  This machine had a very positive  effect for the Union of the Civil War. 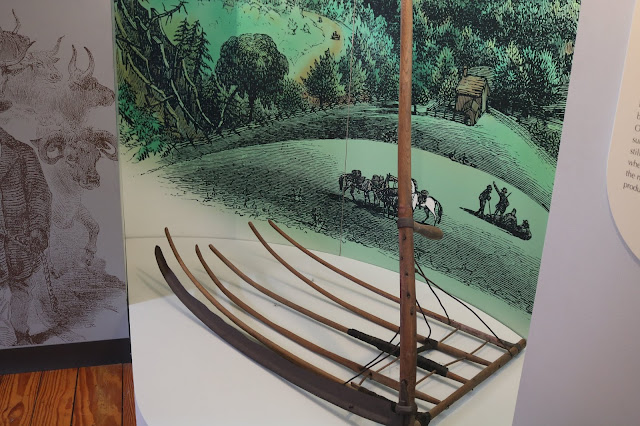 You can read the facts about this machine below. 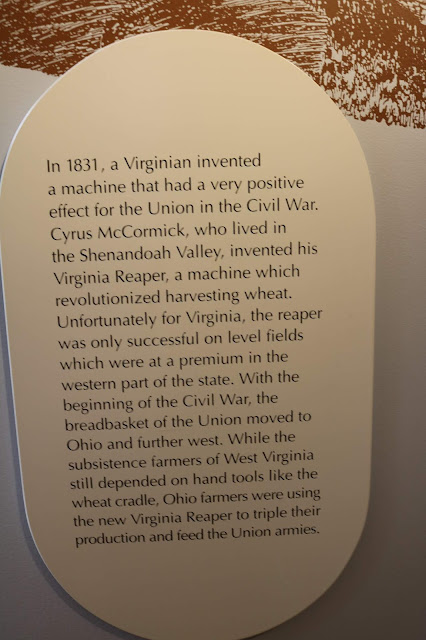 Wheeling is the civil war capitol of Virginia, a birthplace of West Virginia. This is where West Virginia was born. 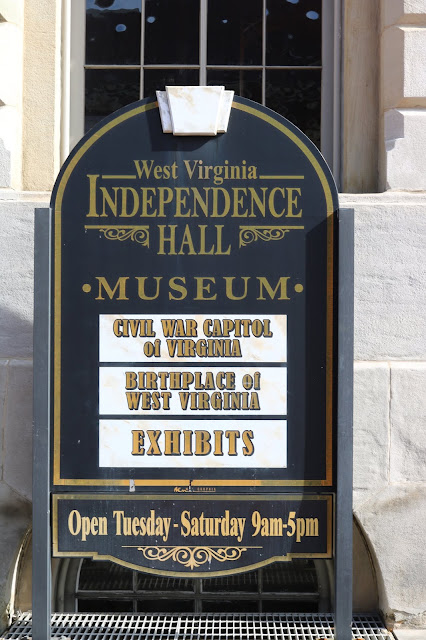 Try to explore this Independence Hall Museum when you are in Wheeling.
at February 28, 2019