The City of Bridges

Pittsburgh  is a city in the Commonwealth of Pennsylvania in the United States and has  a total population of 304,391, being the 63rd largest city in the United States.  Pittsburgh is  beautiful but a very busy city.  Driving around Pittsburgh is scary to me (well, I get scared even driving in our  small city, so, LOL).  It's hard to find a parking space  specially when you are  at the Strip district where a lot of vendors and shoppers are.

Pittsburgh is well known as City of Bridges.  The Bridges of Pittsburgh play an important role in the city's transportation system. Without bridges, the Pittsburgh region would be a series of fragmented valleys, hillsides, river plains, and isolated communities.  According  to a study, Pittsburgh has 446 bridges, and with its proximity to three major rivers and countless hills and ravines. 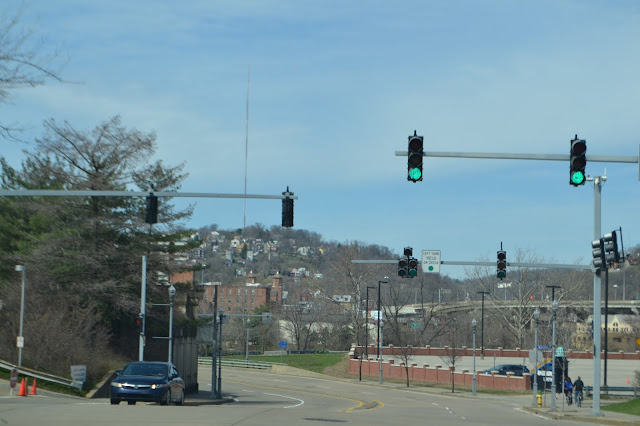 We go to Pittsburgh when we want to buy some Asian  products.  We do not have an Asian store here in Weirton so we drive  there just to buy specific things that our local store here doesn't have.  Walmart has  some Asian products but not much.  They don't really have  Filipino goodies that  we normally want to have. 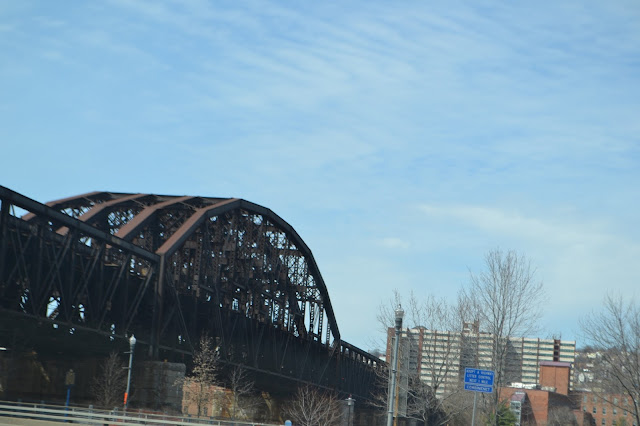 You have to know what's going on in Pittsburgh before driving there because if you get  stuck in  traffic, you are doomed, lol.  The worse time to drive  to Pittsburgh is when there is an event like a concert nearby because you will surely be in the middle of traffic. 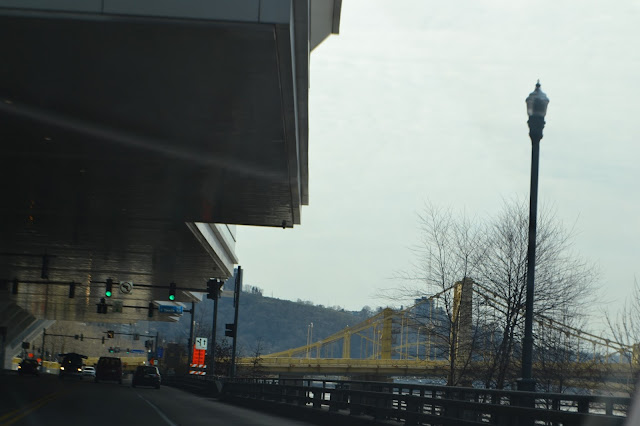 My husband used to work in the federal building in Pittsburgh and he would always  leave for work early in the morning just so  he won't deal with the heavy traffic right around normal time when everybody drive to work. 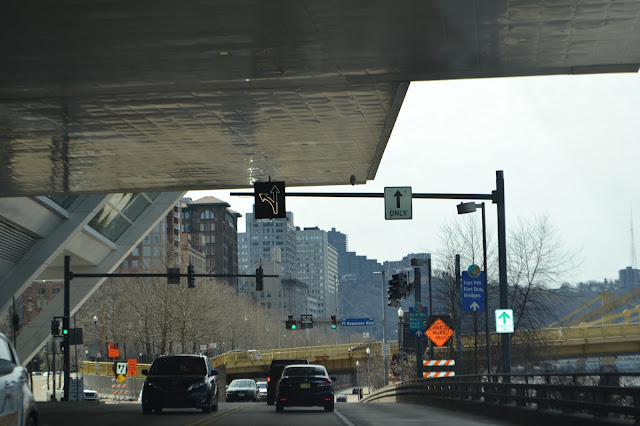 My husband is a really good  driver, he is seasoned when it comes to it but just like me, his sense of direction is not that great so whenever we   would go  some place, we would always have our GPS.  We still get lost once in a while  even with GPS!  But it is always about the journey so we try to enjoy it as much as we can. 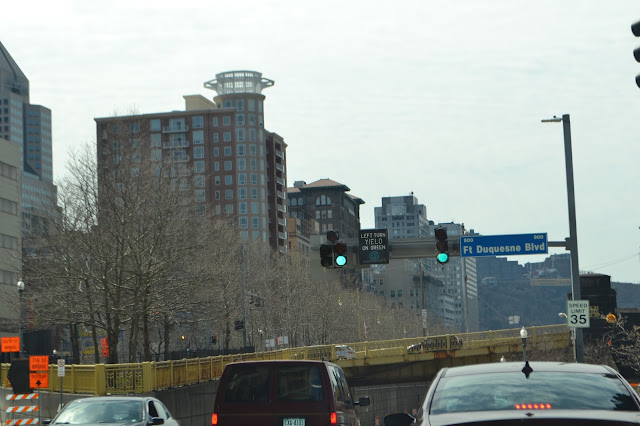 These photos aren't  beautiful but  all of these  were taken with a moving vehicle is  it kind of hard to  find a perfect shot.  I hope you enjoy some  parts of the City of Bridges.  Here are more  photos. 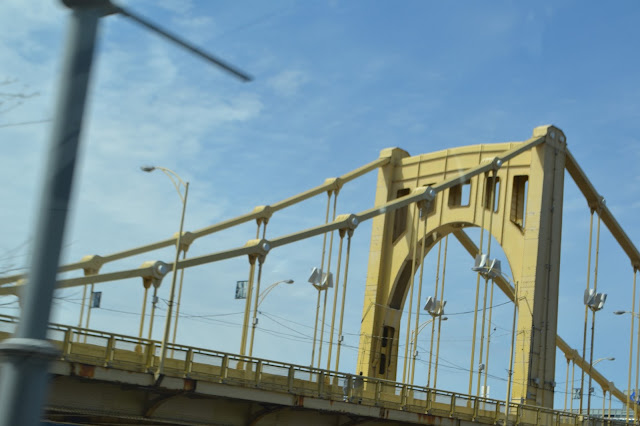 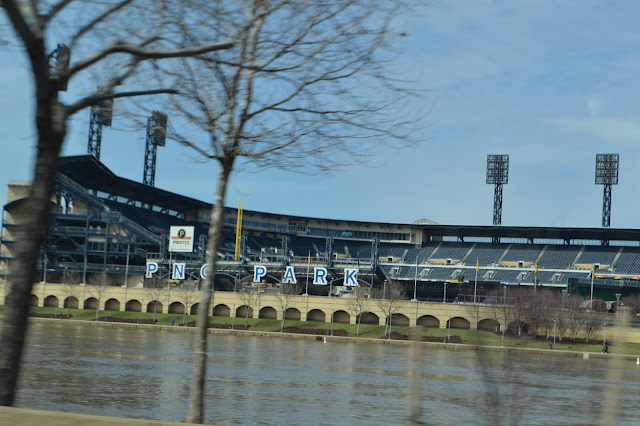 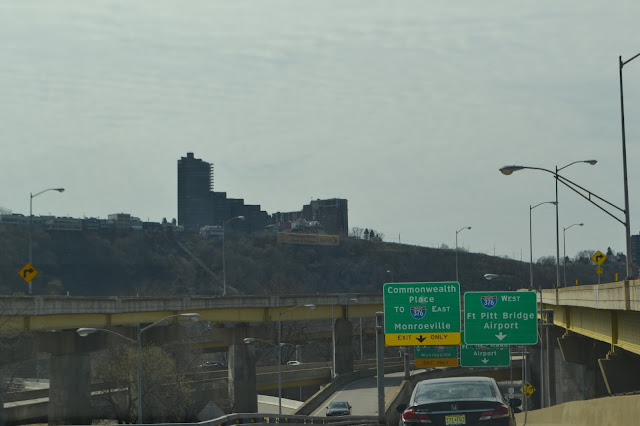 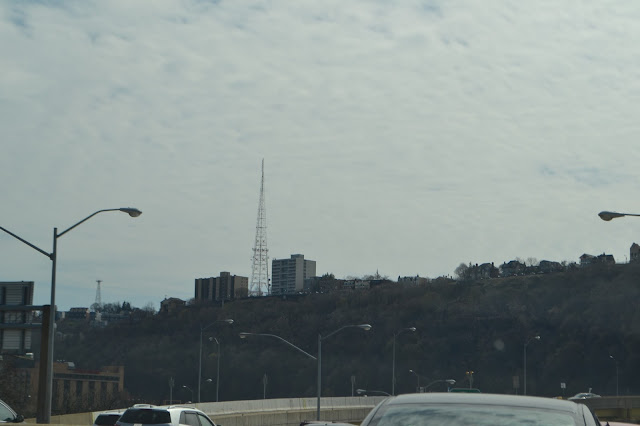 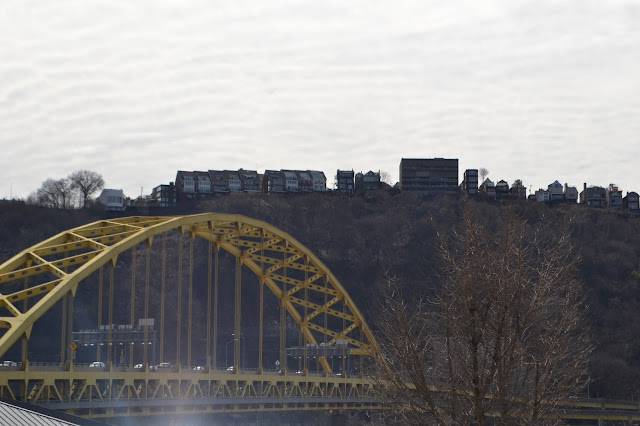 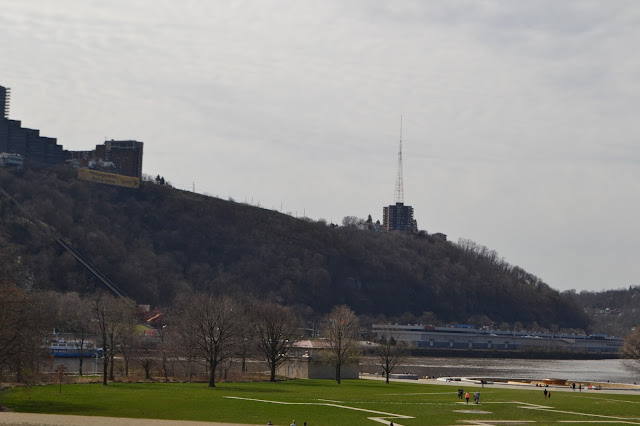 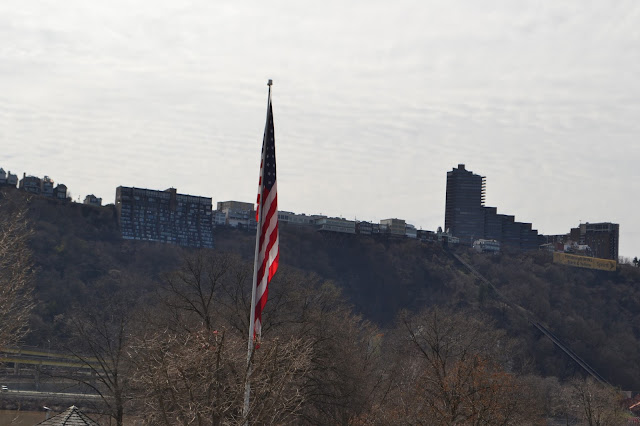 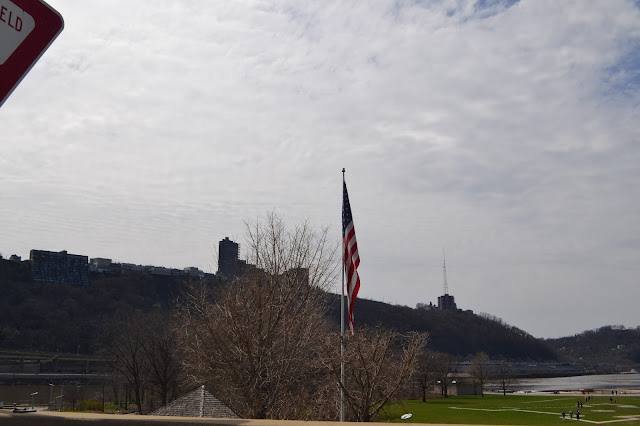 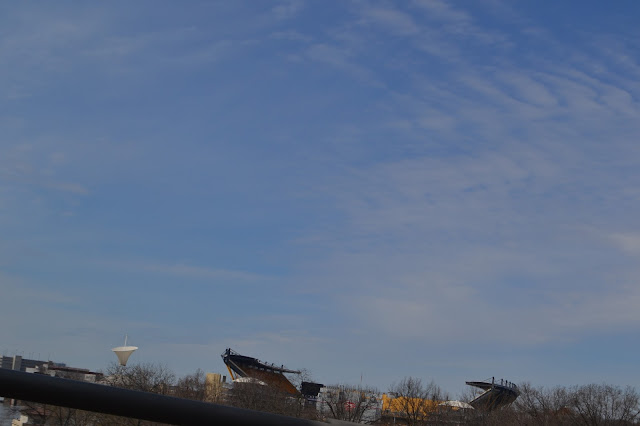 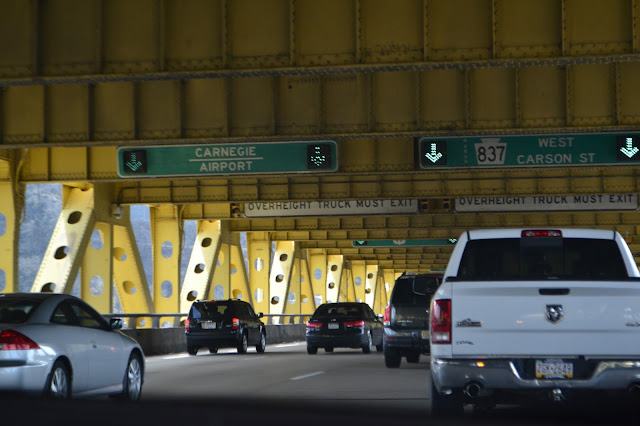 Merging into this traffic is a tricky thing, if you aren't decisive enough, you will end up missing your  intended  route.  Glad our chauffeur is always ion high alert  and never missed it. 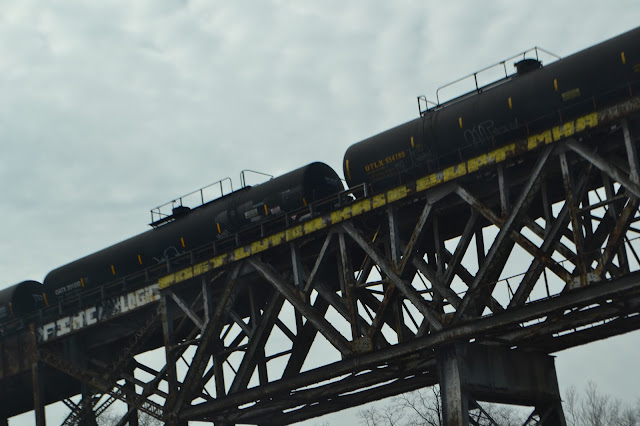 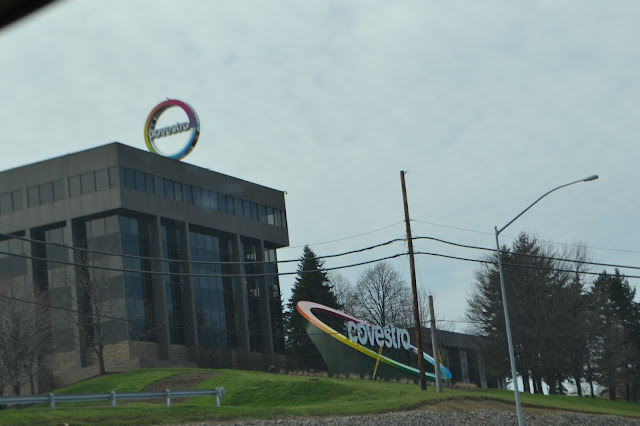 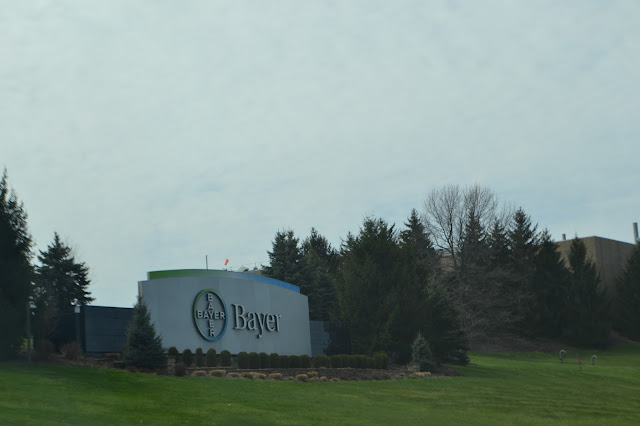 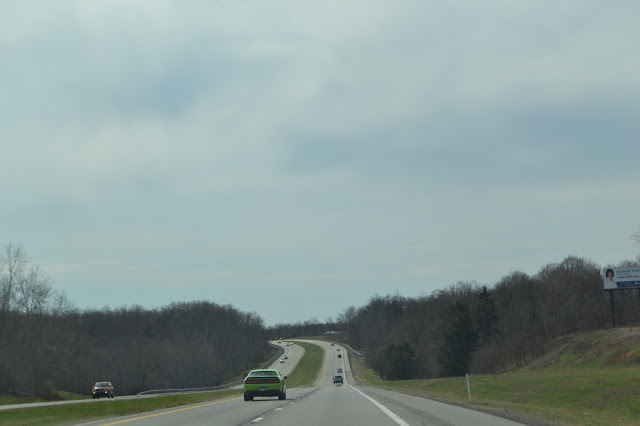 As beautiful and busy as Pittsburgh is, I still look forward to returning to our  quite  and small city of Weirton.
at April 25, 2017 27 comments:

3 Underrated Cities You Should Visit in Australia

One of the greatest perks in life is being able to go places. Traveling with your family or friends can make you happy and live life to the fullest. Everyone deserves to rest and take a break from time to time, so make sure to spend this time wisely.

Since there are a lot of destinations to choose where to spend your vacation, you can consider the stunning country of Australia. It offers plenty of amazing attractions and thrilling activities to all, which you will surely enjoy. Your visit in this huge country will be full of fun, especially when you are with your loved ones. Nothing compares having the time to bond with the people you love, thus, make the most out of your break.

Apparently, Australia has various cities you can visit, depending on where you want to go. Aside from the popular ones, such as Sydney, Melbourne, and Brisbane, there are a number of underrated cities you can check out as well, including the following:

Tasmania
In case you are looking for mountain ranges and natural landscapes, Tasmania is the perfect place for you. This city takes pride in its Cradle Mountain, which is one of the country's striking wilderness regions. Its capital, Hobart, offers world-class tourist spots and a combination of heritage charm and contemporary lifestyle. In fact, you can book a DriveNow car rental in Hobart and witness the exceptional beauty of the entire city without worrying anything about your transportation. You will have a great time exploring this piece of paradise at least once in your life.

Darwin
This capital city of Australia's Northern Territory is an ideal hub for visitors who want a calm retreat from the busy city life. It features tropical breezes and numerous guided tours for nature, culture, as well as adventure. You can go to the Mindil Beach, Crocosaurus Cove, or any local rainforests to make your visit more fun and exciting. Definitely, you will have something to do while here and each of you will have a great time.

Cairns
Known as the gateway to the Great Barrier Reef, Cairns has a lot to offer to visitors of all ages. It has a mild tropical weather and laid back atmosphere, which you can truly enjoy. If you are in search of outstanding food then head to the city's wide range of pubs, restaurants, and cafés. Numerous pristine beaches are also present here for you to loosen up and bask in the sun. In addition, Cairns is a shopping haven, too. There are plenty of specialty stores and world-class shops around the city, where you can buy anything you want.

Ultimately, there is more to Australia than its famous cities and tourist attractions. These fringe places mentioned above will make your vacation more thrilling and one for the books as they are not known to many. Take these into consideration when planning your trip to Australia and it will absolutely be an adventure of a lifetime with your loved ones.

Water Can Cause Severe Damage to Your Home

Water damage is one of the worst types of damage a building can have. This is partly because the damage can be hidden for months and partly because water can seriously undermine the structure of the building. Whether it is from a leaky faucet, leaky roof or serious flooding, almost all excess water requires emergency water damage restoration.

Water is divided into three main categories. Category One is potable, sanitary drinking water. Category Two is often called gray water and has a significant amount of contamination. Category Three is often called black water and is grossly unsanitary, usually with sewage and can cause serious illness. The reason all water damage requires emergency removal is that even Category One water can change into Category Three water if it stands for as little as 48 hours.

Mold is one of the worst side-effects of water damage. Even when the flooding recedes, the leak is repaired and the floor or walls dried, mold can still exist and grow. Water damage restoration is essential to detect hidden mold and remove it in such a way that it does not return. Professionals have the equipment to detect mold anywhere in your home or office, remove it and thoroughly dry the area. They can also restore your property if possible and discard any carpets or upholstery that cannot be cleaned.

Emergency services will arrive at your home within two hours of your call for help. If the flooding is from a leak, you should stop the water at the source and turn off or remove electrical devises from the area. The professionals will inspect the property, determine any safety issues with electric wires, quickly develop a drying plan and, if necessary, pump out the water. The area will be dried with equipment that extracts the moisture from deep in the floors, walls and ceilings. They may also check for mold growth, depending on how long the property has been wet.

Calling emergency damage restoration services for leaks and flooding is the most cost effective way to have a safe environment. When the dampness or flooding is removed as soon as it is discovered, there is a good chance you can avoid costly repairs and renovations. Whether it is an overflowing toilet or a flooded basement, water causes some of the most severe damage to a building.
at April 10, 2017 No comments:

Watching the  singing TV show, "The Voice", I learn so many stories of different musicians.  The traveling musicians  intrigued me the most because it must  be great to travel and pursue your passion but  at the same time, it's hard because you are constantly on the road and  far from family and friends.  I wonder if they ever  shop online for their   music  instruments and  accessories needs since they are constantly on the go and can buy their  stuff in places they visit.   On another note, I love this    taylor 314ce, check it out at MusiciansFriend.com.    They have so many selections of music instrument, some are cheap and some are very expensive, it all depends of the types and brands. 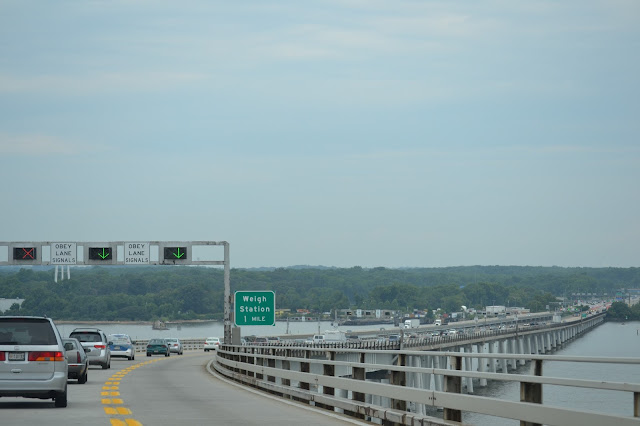 I can't wait  till we can do another road trip for this year.  One thing  that makes our road trip so enjoyable aside from the beautiful view is the music.  We would turn on the radio or  put our favorite music on cd and  we  would all sing along.
at April 07, 2017 No comments: