I am not a postcard collector but I love it when  I received  postcards from all over the world.  I cherished and  compile them in an album which serve us  our bucket  wish list of places to go if given a chance.  A friend of mine from Texas who travels around the world through cruises  sent me some postcards of the places they went to with their recent cruise trip this year, thanks sis Dhemz! 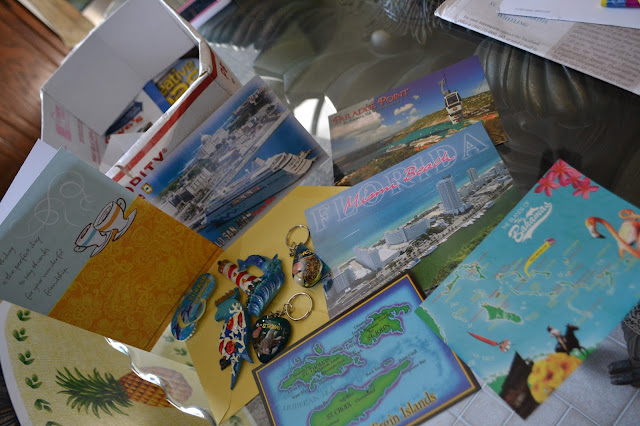 They went to the Islad of the Bahamas, one of the  places  that I want to visit someday. 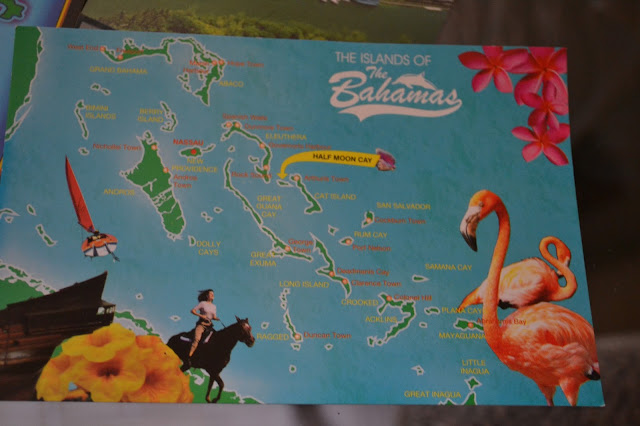 They also hopped to US Virgini Island.  Man,  it would be nice to cruise along theise Saint Islands. 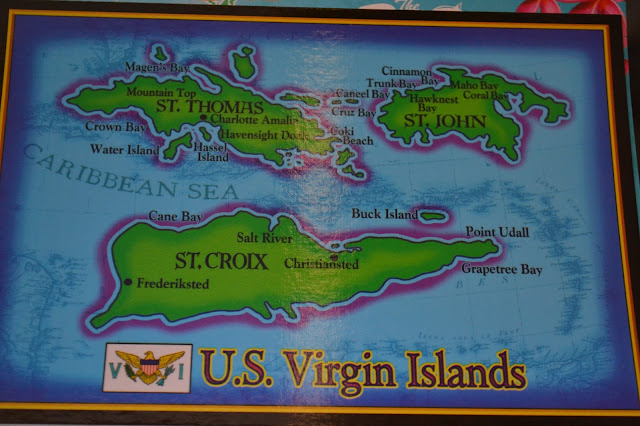 I havent been to Miami beach so it would sure be fun to go there and stay a day or two and explore. 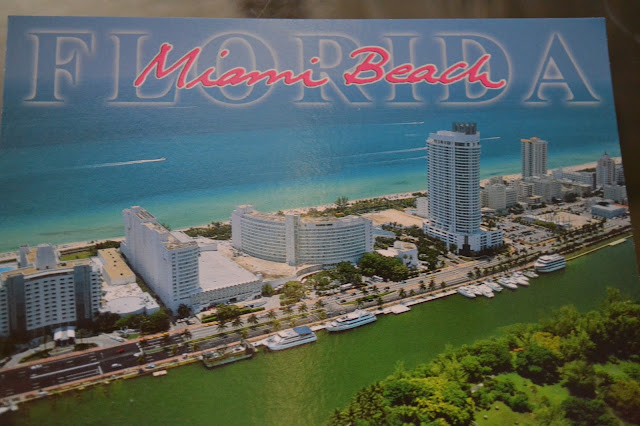 Have you been to Pierto Rico yet?  I haven't and I wish to go there someday if our budget would let us. 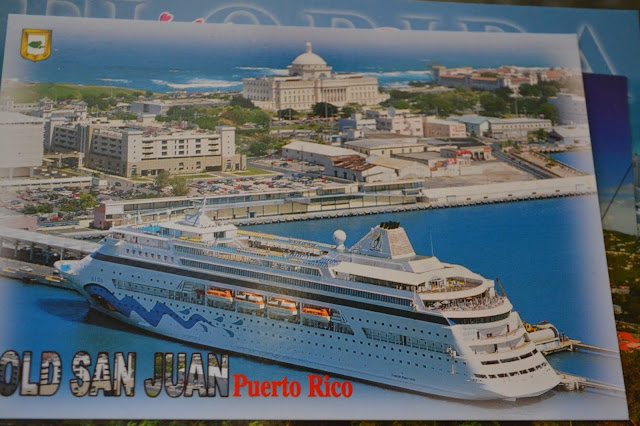 For now, I  am contented in looking at the beautiful postcards.  Someday, if God-willing, we will be visiting these places.
at August 19, 2015 No comments:

Today was  busy but I got a lot  done around the house. I wasn't able to write any product reviews but at least I got my midweek cleaning done so that is out of the way.  Hopefully, tomorrow will be a productive day for me, blogging-wise.  I just got done and it is nice to take a hot shower and clean up before I  go to school and pick up the kids.  Actually, I just got a text from a friend offering me to take the kids home so I might just go ahead and work on this Water Heater Indianapolis article.  I have been busy for the past weeks, and blogging is getting neglected.  Our water heater is old so we might need to have a replacement soon so it is nice to read a little bit about this company although we won't  get their services since they are not in our area but at least I have  ideas.
at August 18, 2015 No comments:

I have been bloging for 6 years now and it has been a great experience. I did not start working with different companies for product review until later but I have enjoyed it immensely.  Although I miss the monetary part of blogging, other perks like products are great too.  Here are my favorite  jewelry pieces that I reviewed in the last couple of years.

Sea World bracelet from Soufeel.  Love all the  charms on this bracelet. I also love this Duchess necklace and earring set from Diamonious.  It's a great set to wear for special occasion.

This classic Sarah Princess necklace pendant and earring set  from Cate and Chloe is a beautiful set as well.  I have this work by my daughter during one if her  piano recitals. 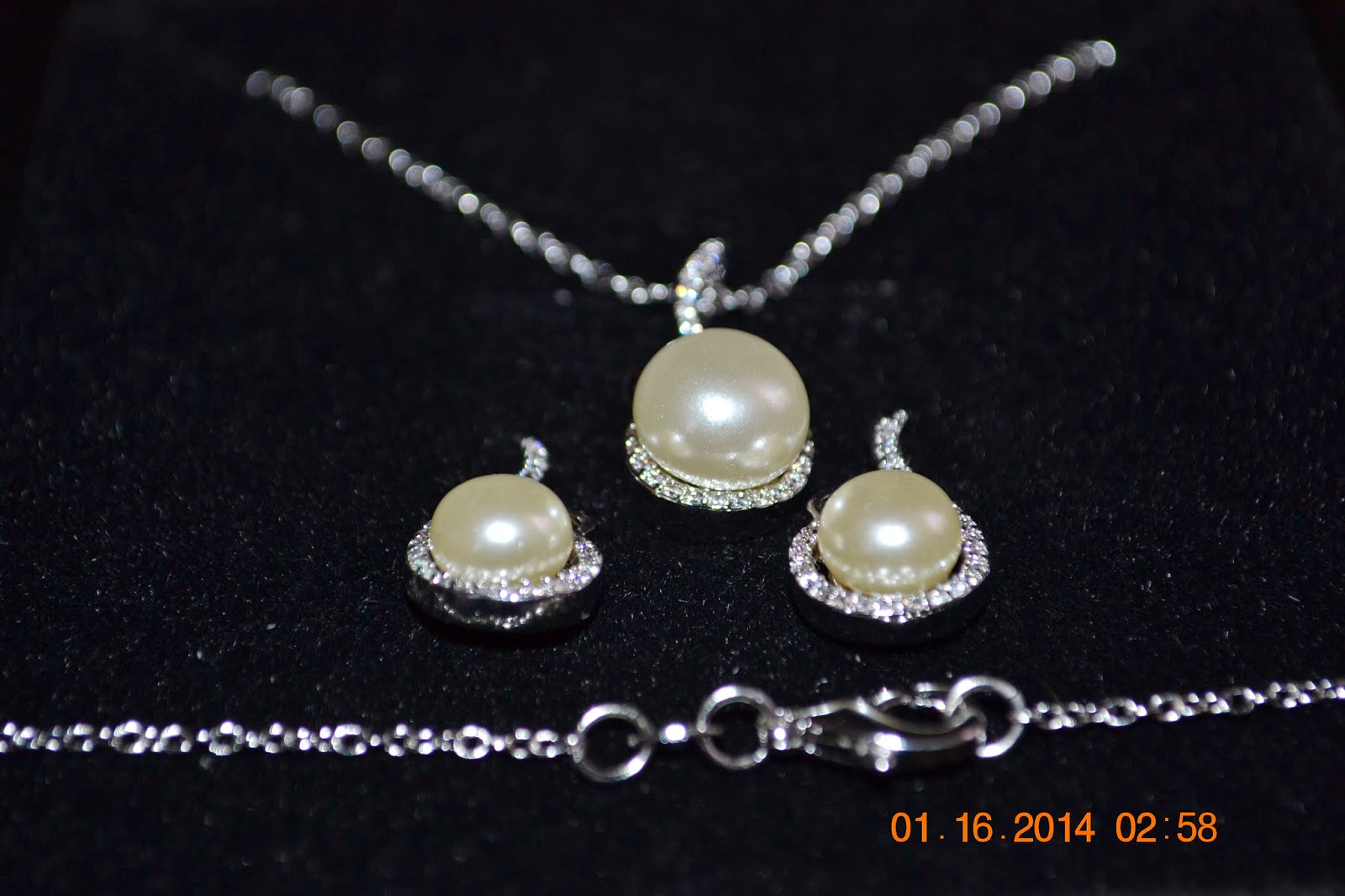 This Modern Vintage Jewelry by StickyJ is very elegant.  This a 24k gold plated coin and cotton pearl with an Initial “R” necklace was designed and created  by John Wind, I got this for my daughter. 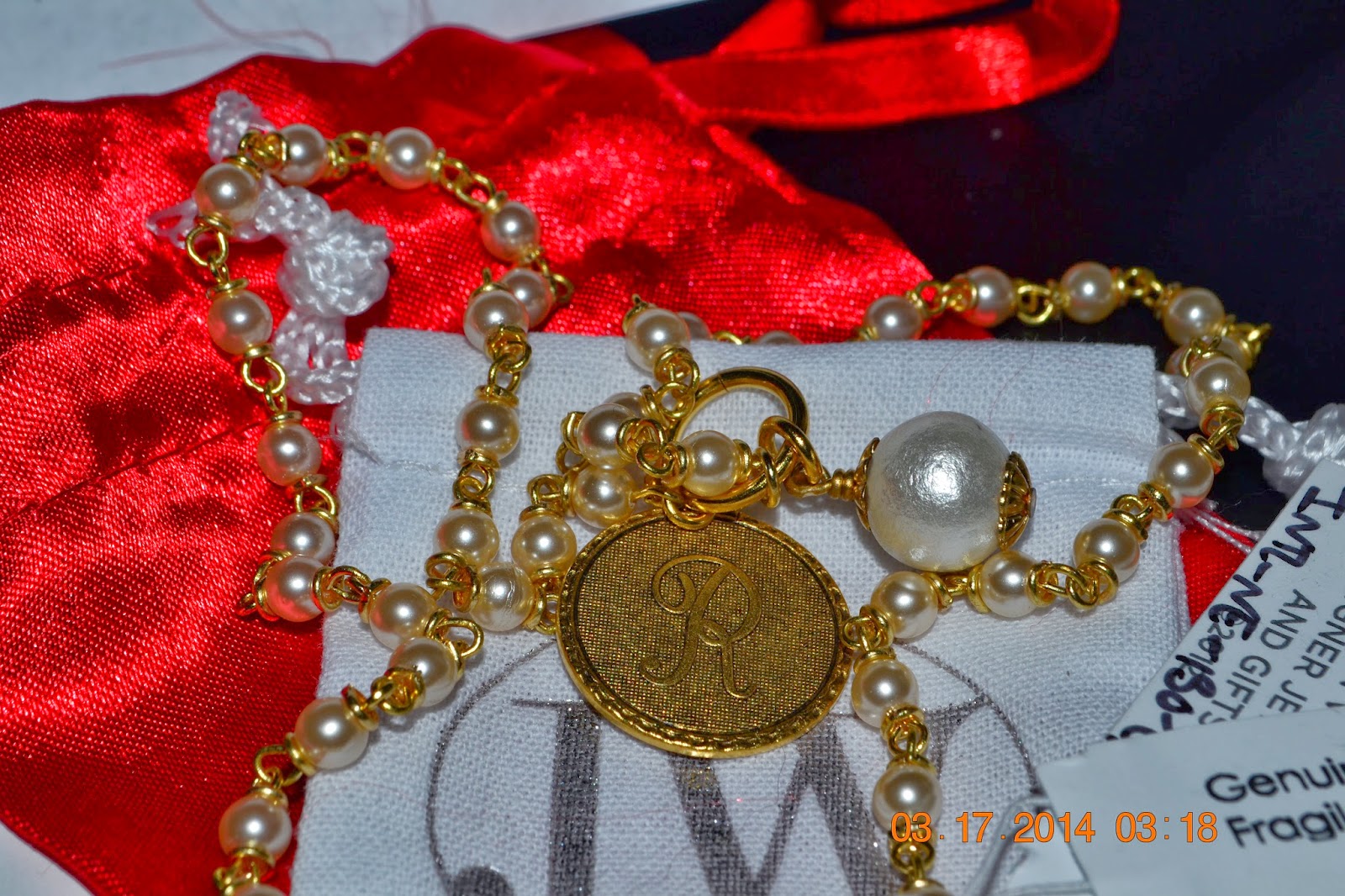 Lastly is this Rose Gold customized  ring with my initial and birthstone that I got from Name Stylish.  Unfortunately, this is  big for me so I have it to my husband since it fit his  finger perfectly. 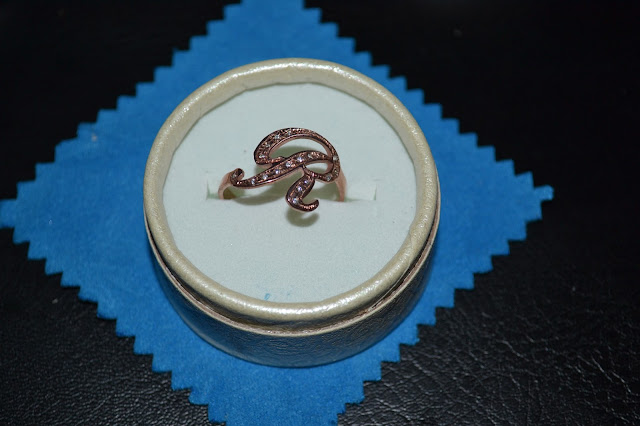 If you want to  get any of these, you can check out the links to my post and visit the  website.

Email ThisBlogThis!Share to TwitterShare to FacebookShare to Pinterest
Labels: jewelry

Wish for my Kitchen 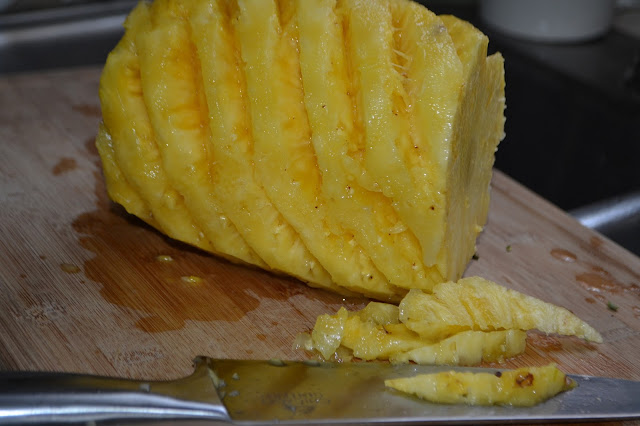 I used to nlot like cooking but now, I love it especially xcooking for my kids and husband.  The only thing I would wish if we have the resources is to have a functional kitchen.  Our kitchen is big but it is desperately needing some  renovation.  All of its oarts are outdated,  I would like a kitchen with an island,  cabinets with drawer slides from ovis, and a good exhaust system because right now, it smells when I cook.  Wish I would know what comes out in the lottery so I can play and win, lol.
at August 04, 2015 No comments:

I love Mondays because  my kids and I goes to their piano teacher's house for their leassons.  When one is taking the lesson, I would play with one and vice versa.  We bring my son's football ball and pass it back and forth.  It's a great exercise for all of us.

On the other hand,  my kids are loving their  lessons.  They don't use the best reverb pedal as  it is not really for piano but I am so glad that they both are having a great time  doing their piano lessons.  Our son used to  not like piano so much but now, he is getting into it.
at August 04, 2015 No comments:

During our 3-day  mini vacation In Hershey, P, we decided to  explore a cavern that was  located near Hershey, the Indian Echo Caverns which is located in Hummelstown, PA.  I am glad, the hotel where we stayed in have so many  leaflets in the entrance  area for cool things to do in Pennsylvania.  Since it was  only  few minutes away from  where we at, we decided to go. 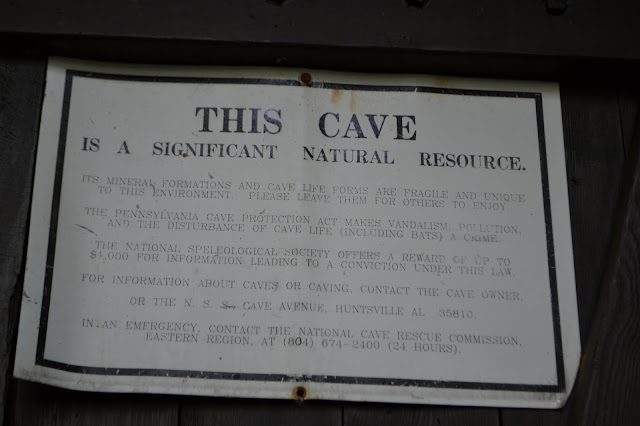 I am so glad we went because there were so many neat formation of stalactite and stalagmite inside the cavern. 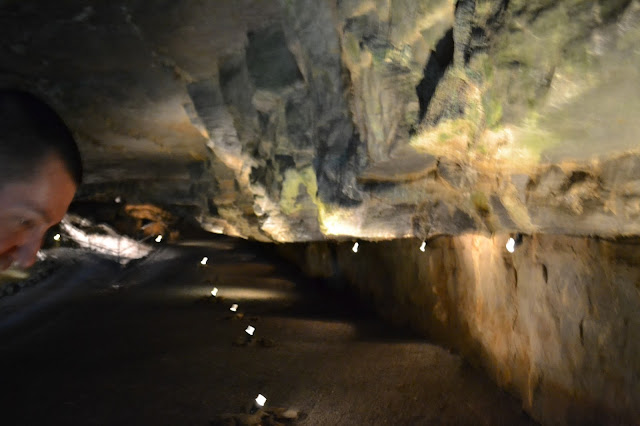 I am also glad that  taking photos is allowed inside although  the very dark environment doe not help with taking   beautiful pictures. 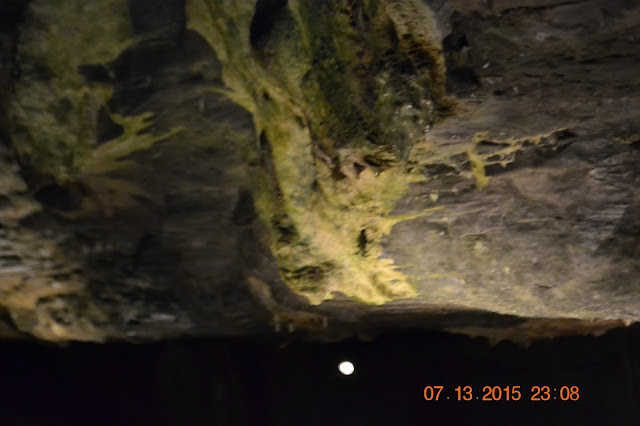 I highly recommend that if you are   vacationing in  Hershey  Park, the cavern is also a great  place to visit while you are there. 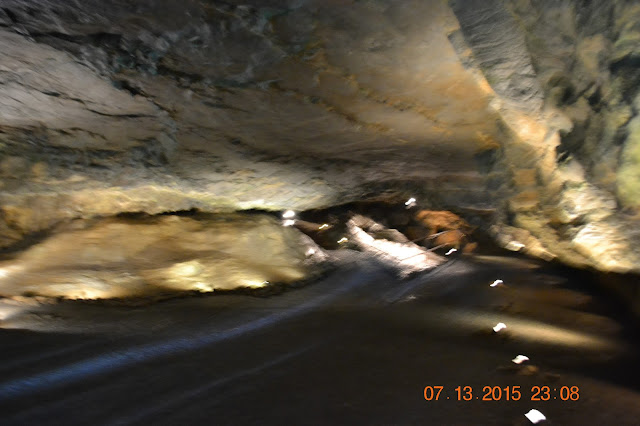 They offer a 45-guided tour that  would  enlight any vistors. 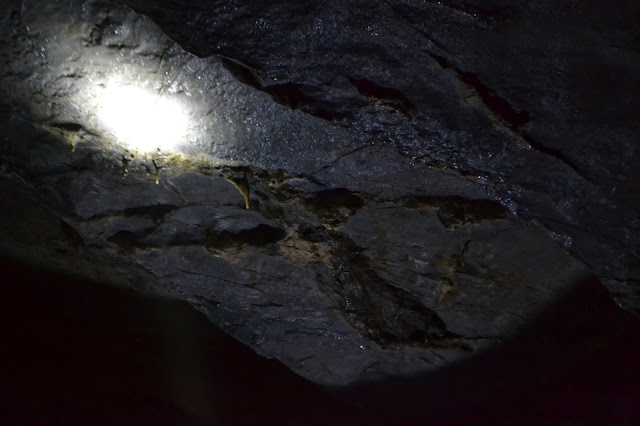 Our tour guide was very intelligent , he   fed us with so many great informatuon during the course of the tour. 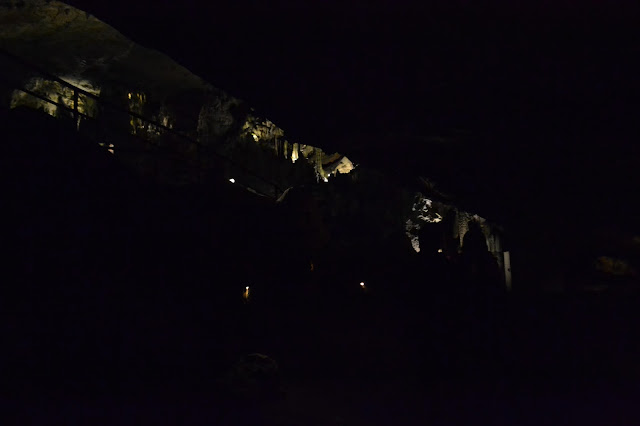 You'd be surprised of how much people were there every day.  We came accross a bunch of groups while exploring the  cavern.  It made it  a little harder to get through the small  opassage in the cavern. 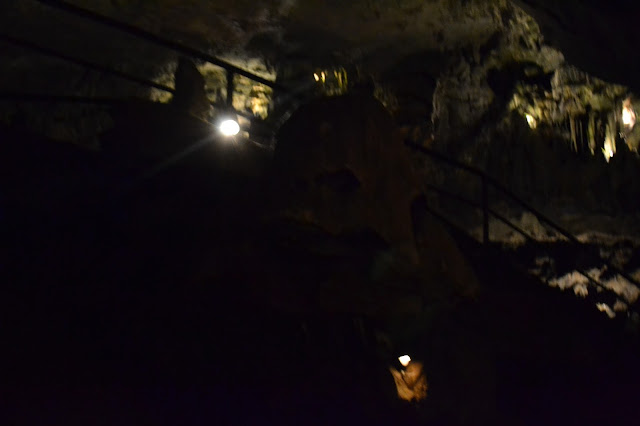 I think the most fascinating  story was the guy who camped out inside the cavern, lived there for so many years, and also died there. 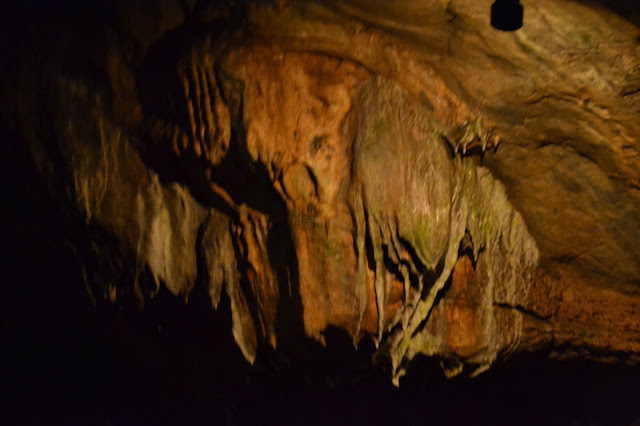 So yeah, after a tiring   walkathon inside Hershey Park, the cavern was a  great treat for us to be able to see  natural beauty!
at August 04, 2015 No comments:

Email ThisBlogThis!Share to TwitterShare to FacebookShare to Pinterest
Labels: vacation

Cheshire is a popular destination for a weekend retreat, since the area combines convenient access to both Liverpool, Manchester and the motorways which adjoin the two (and indeed, the rest of the country) and yet retains the sense of rural remoteness which makes it possible to truly forget one's troubles.

The county, to be sure, is home to its share of high-octane fun. From racing events to Jeep Safaris, all the way to adrenaline-fueled dance festivals like Creamfields. But what about those of us that would rather spend our downtime unwinding? Fortunately, the county is just as equipped when it comes to relaxing activities – indeed, perhaps even more so.

With that in mind, let’s take a look at some of the activities one might find in Cheshire.

Go for a walk!

Cheshire is one of several counties included inside the Peak District. If you’d like to go for a walk, there are few better places in which to do it – particularly if you happen to live locally. But even if you don’t, the scenery is spectacular and the trip well worthwhile for those who want to get out and about for the weekend. 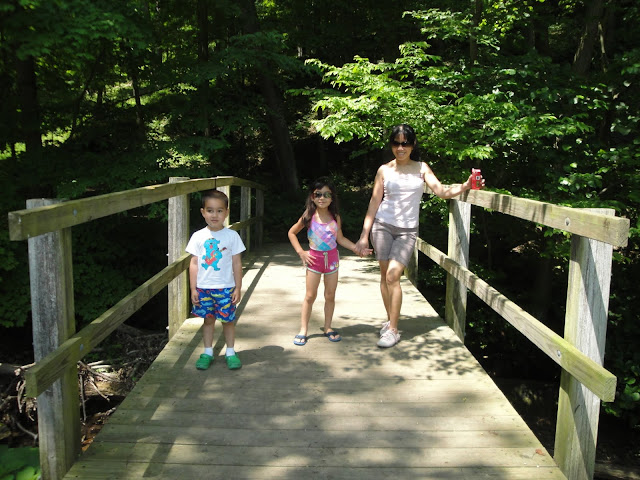 If you’ve not yet been convinced of the merits of walking, then it’s difficult to know where to begin. Walking carries with it enormous health benefits. It is a low intensity exercise that anyone can do (and indeed, should do). It helps to burn fat, to build muscular strength, improve posture and combat the threat posed by obesity, heart disease and diabetes. But perhaps more importantly than that, it’s a lot of fun, too! 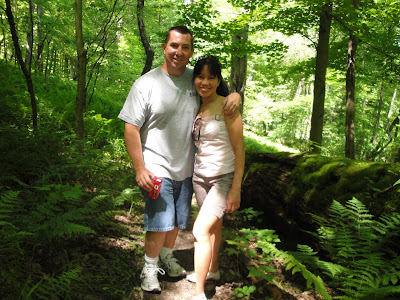 Leaving the peak district to one side, Cheshire boasts a number of spectacular walks. Some offer quite a challenge, others are a little more leisurely – your choice will depend upon your ability and experience.

In the former category lies the Sandstone Trail, which is among the most popular long-distance walks not only in Cheshire, but in the country. This thirty-three-mile sandstone pathway has been extended since its first opening in 1974, and split into three distinct sections of around eleven miles each, allowing walkers to conquer its entirety over the course of around three days. The trail runs across the Cheshire plain, rising to a peak which allows walkers the opportunity to see for miles around and now links with Frodsham and Whichurch, allowing walkers to take advantage of the facilities along the way.

If you’re looking for something a little less strenuous, then Biddulph Valley Way might appeal. It is a mere 2¼ miles in either direction and so can be completed in an afternoon. It follows the route of a railway line, which was once used to transport coal between Congleton and the Potteries. The terrain is forgiving and consists of flat, compacted stone – so there’s no tremendous exertion required. All you need to is take in the view of the surrounding countryside. This route is notable in particular for the railway viaduct which hangs over the top of Dane-in-Shaw pasture.

So, if you’re looking for a place to unwind and get away from it all, then a walk through Cheshire will allow you to do exactly that!

Go for a spa day

There are few better ways to unwind than with spa days in Cheshire. While such breaks are largely marketed toward women, a growing number of men are also embracing the wonderful world of massages, hot stones and scented oils. And why not? Like women, men also have muscles which can grow tense, they also have minds which can grow stressed and they also have skin in need of exfoliating.

Cheshire is blessed with more than its fair share of spa services – though some, it must be said, are better than others. If you're looking for extra convenience, then you might combine the retreat with a stay in one of the region's hotels. There are many hotels in Cheshire and a few of them come equipped with built-in spa facilities. Of these, among the most prestigious is Carden Park, a luxury manor whose spa can cater for a range of different needs. On offer are short, early-morning pampers, between or nine and ten, as well as ones later in the evening, after six – the choice depends entirely on when you’d prefer to get up. Alternative, you might consider a daylong event, where groups of six or more can receive a treatment all at once. This might be of special interest to those looking to organise a stag or hen party!
at August 03, 2015 No comments: