My daughter had this  in her treat bag  a couple of months ago.  They never ate it as they think coal candy is gross lol.  She did not throw it but instead used it as an ingredient in "her kitchen". 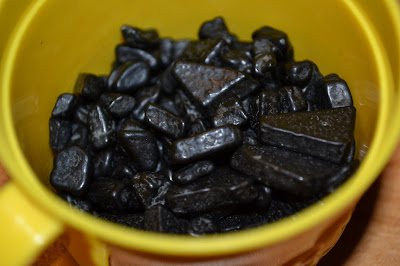 This Lent season, Mr. Burrito gave up eating chocolates and candies while Ms. Burrito drinks water instead of juice.  I was going to give up blogging for a while but realized, it's the hardest thing to do wahhh. 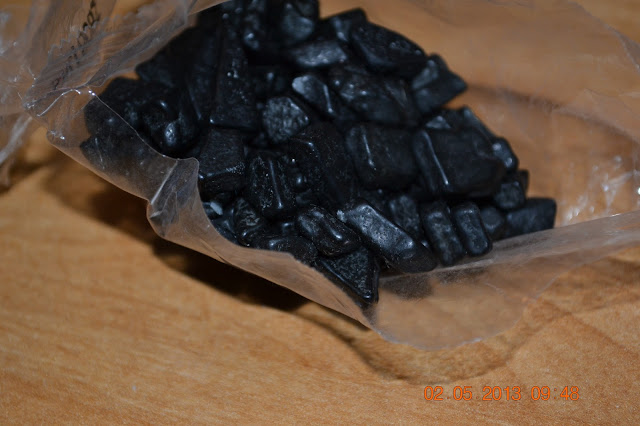 Have you ever tried a coal candy?