We are getting these two critters get accustomed with each other so we let them sniff each other and run around. It's funny that Champ would through the ball to Wubzy but then Wubzy doesn't understand it. So he would take off and Champ came running after him. 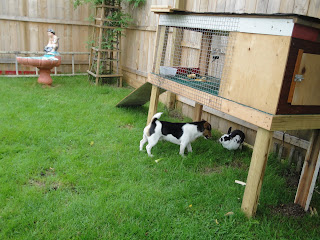 During the first time that we tried to  let them play, Wubzy was so scared that he stuck his body in between the crab apple and the  statue of Mary lol. 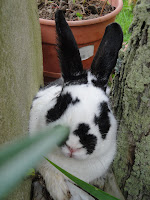 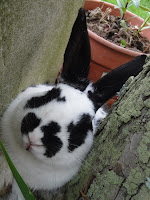 He is getting used to Champ now though. 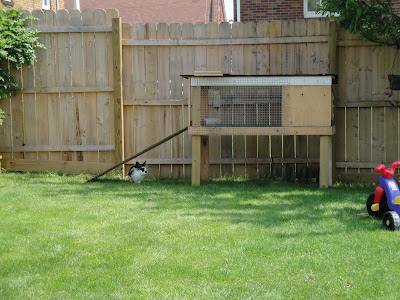 Have a lovely weekend everyone!