We went to  Moundsville, West Virginia, the day after my birthday.  My husband helped other parents to   disassemble the palyset that  St. Francis Xavier Parish  gave to St. Joseph School. 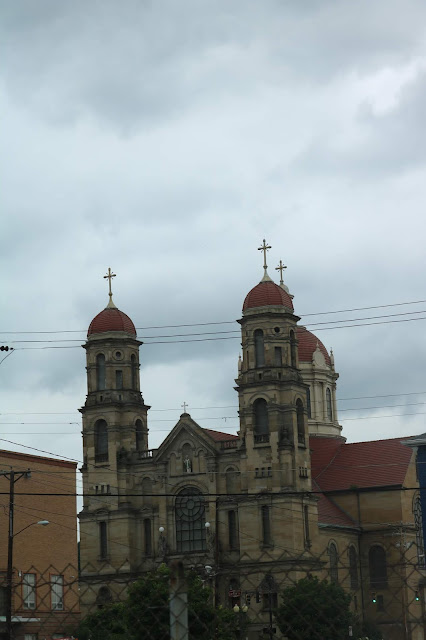 We have driven through Moundsville before when we went  downstate   but we never really saw what's out there.  We did not  go there till my husband got off from work so it was  late in the afternoon.  I feel bad because usually he is already super tired  after work since we  wake up at 4:30 everyday but we went because  the school needed some volunteers. 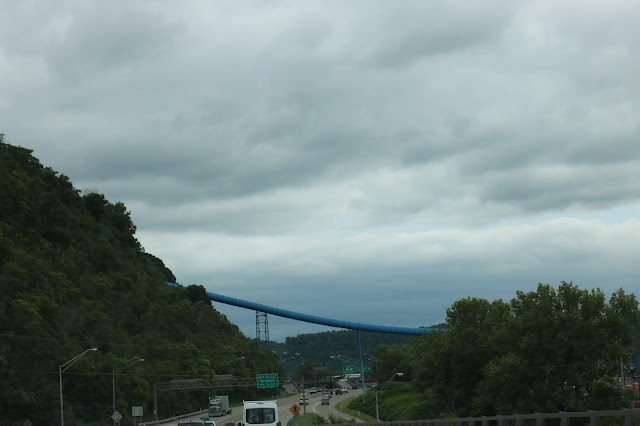 Moundsville is a city in Marshall County, West Virginia, along the Ohio River. It is part of the Wheeling, West Virginia metropolitan area. 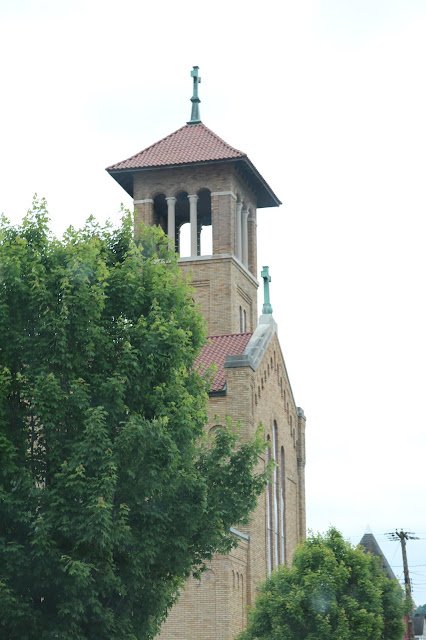 This is the playset that was donated to our school.  When we first   went to St. Joseph, I asked my husband why the school does not have  a playground.  His theory was it could either be that the school does not want to deal with legal issue if someone got hurt or it could be  the fact that  itywould cost money and the school doesn't have the fund for it. 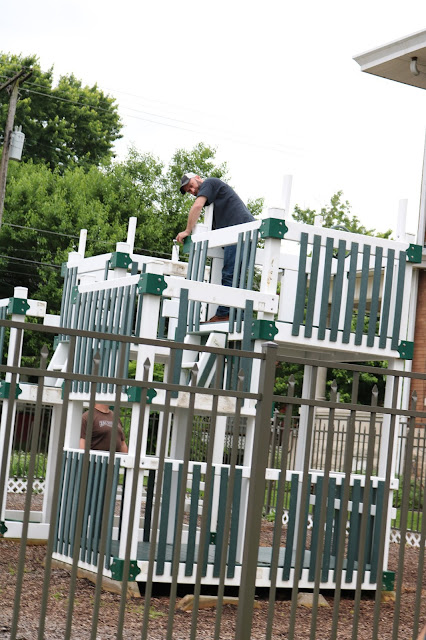 Now that the school has new administration, there are so many exciting and positive things happening.  The school finally has  HVAC system which was a huge thing as it is so cold during the winter and so hot during summer months.  The kids and teachers can finally be  comfortable  during cold and hot season.  With that said,  tuition also increases but it's necessary. 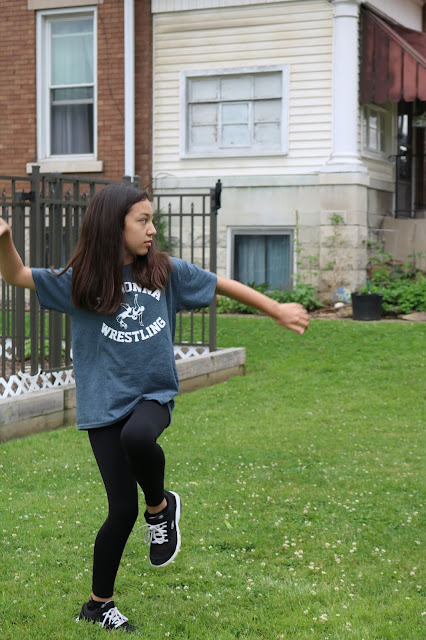 I think the school need to pay the teacher more  so that  they're not leaving  for better  opportunities elsewhere.  Private school teachers doesn't get paid very much and they don't have benefits that  public school teachers has.  For that reason, they  do leave when they find  a better position in public school. 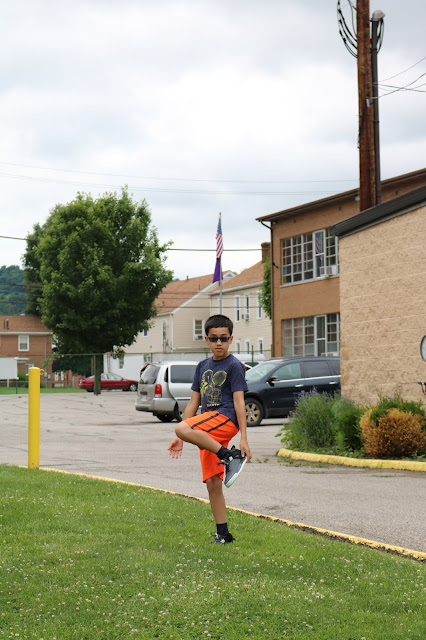 Anyway, while the   men were disassembling the  playset, the  lady that was  managing the  daycare  services offered  us to  go see the school and  also offered the kids to do arts which was really nice 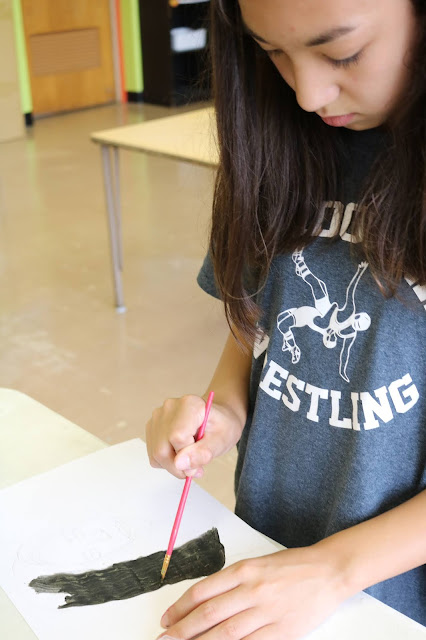 She even gave us bottles of water.  My daughter immediately  went to a defensive mode.  She was apprehensive in drinking the water because she didn't know the lady.  Part of me was happy that she is cautious  but I told them that they should always see the good in people.  With all the bad  things  happening everywhere, I can't blame my kids for not trusting people.  I know deep inside that the lady was really nice that's why I wanted the kids to appreciate what she's done for us. 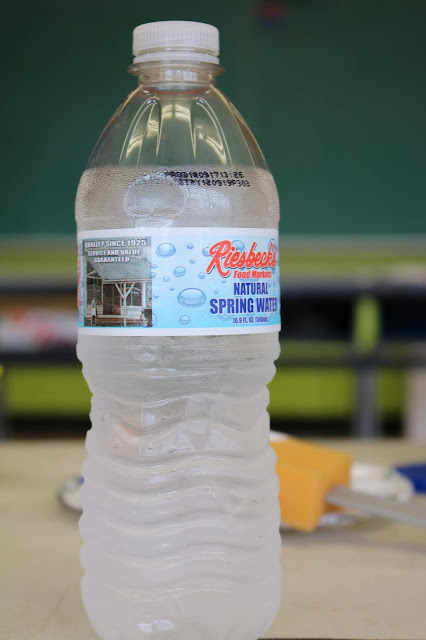 Both of them  made something for me and my husband. 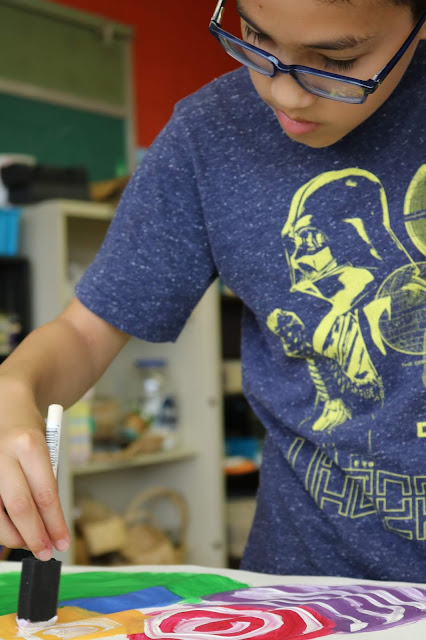 I was encouraging  the kids for us to  walk around the place and see what's out there but they got into the art project that  it was late when we got out. 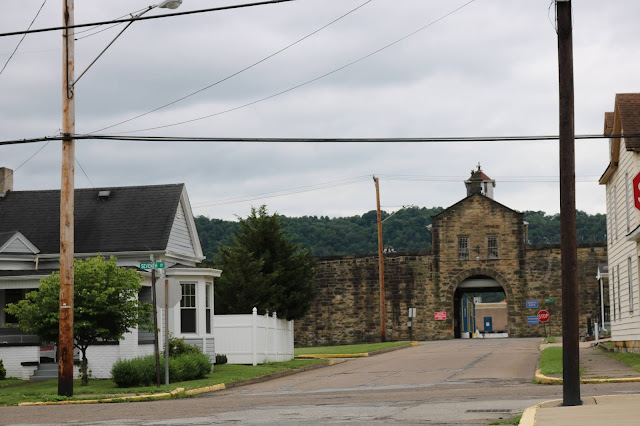 We later learned that the building near the church is the West Virginia State Penitentiary, the gothic-style prison . I would have love to take my kids for a tour there but they said it's kind of creepy.  Some say that it is haunted. 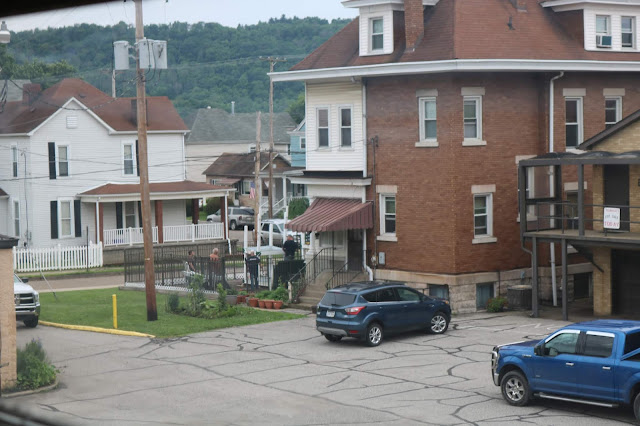 The pastor's name of this parish is Reverend That Son Ngoc Nguyen, I am not sure if he is Vietnamese or Thai but he is definitely Asian which explained why I saw some Asian veggies in his garden.  The lady told me that he love gardening. 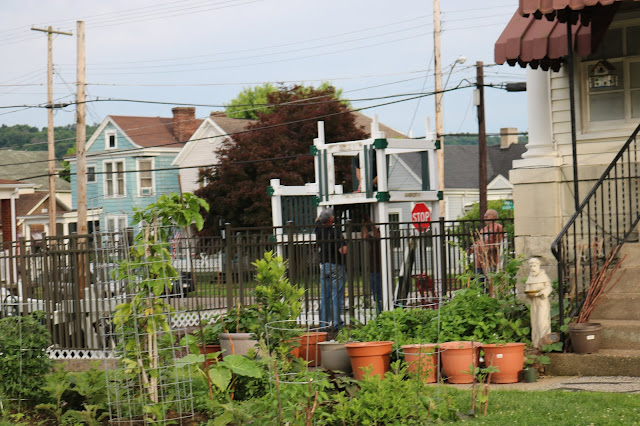 I am glad we always have the tennis rackets and ball in the car.  They entertained themselves after we got done with the art project.  It  took a long time for the men to finish disassembling it and  load it in the truck. 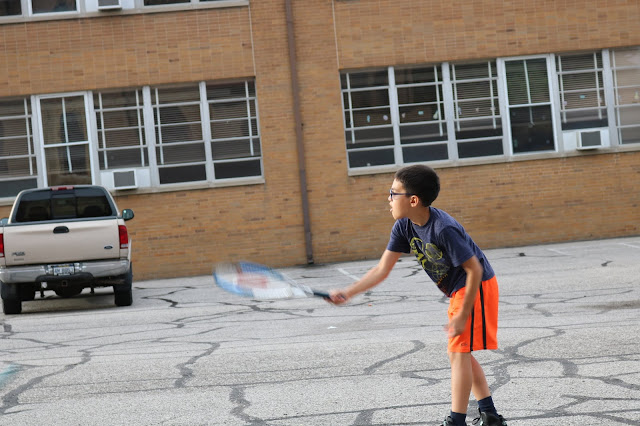 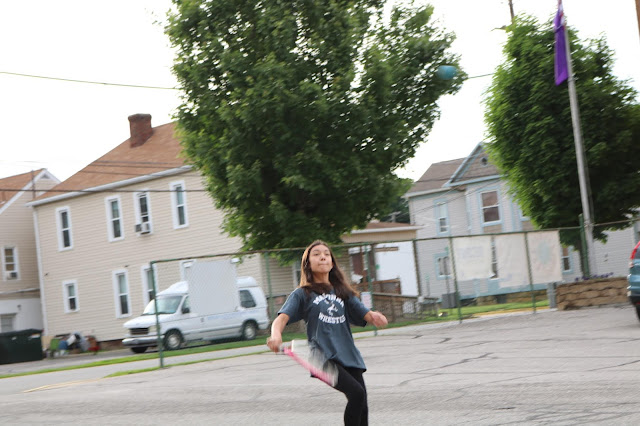 It said that the city was named for this  ancient Grave Creek Mound that was constructed 250 to 100 BC by indigenous people of the Adena culture. 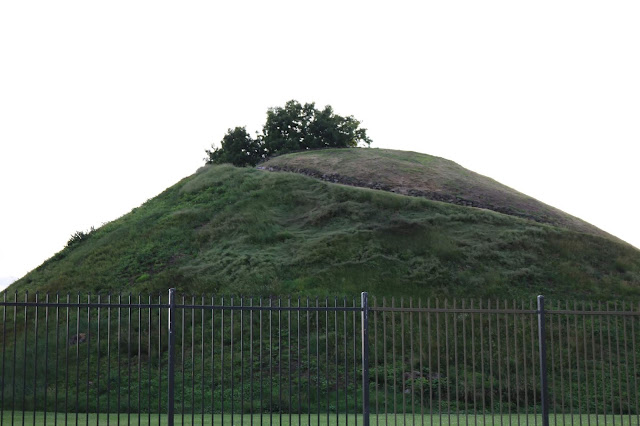 These two interesting  facts were so close to the church where were at.  We  stopped before  going home to take some quick photos. 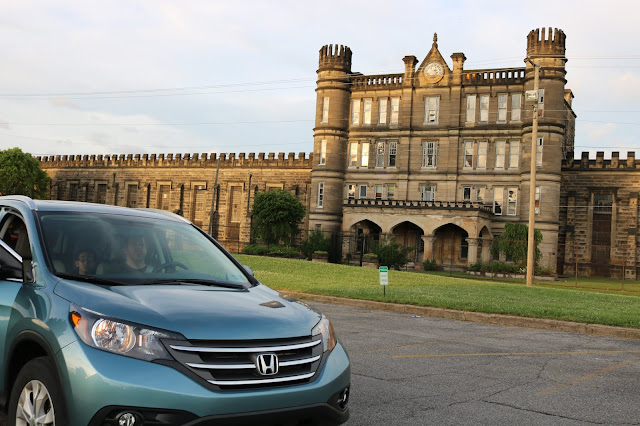 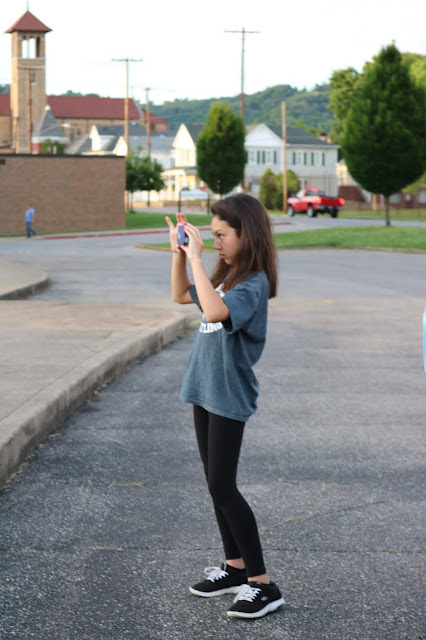 We also  dropped by at their Dairy Queen and  grabbed a quick bite since it was late and we won't have time to  cook when we  get home. 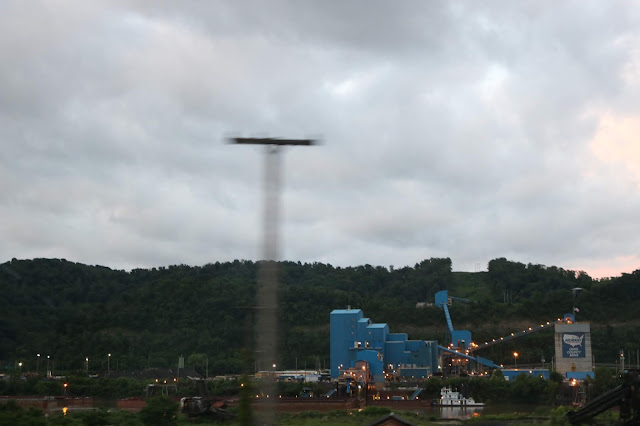 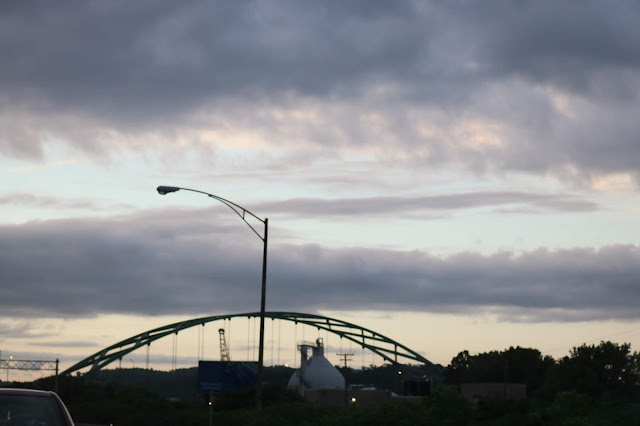 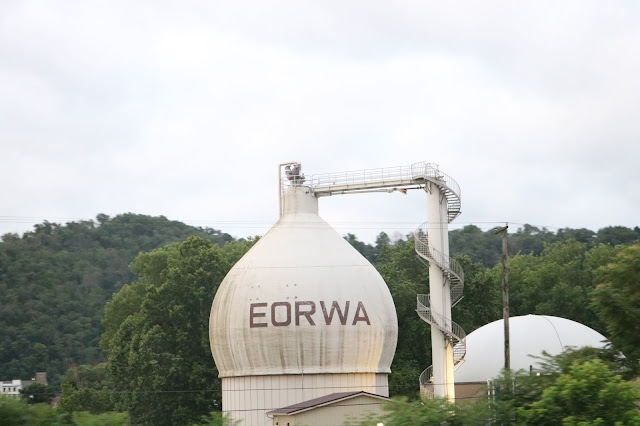 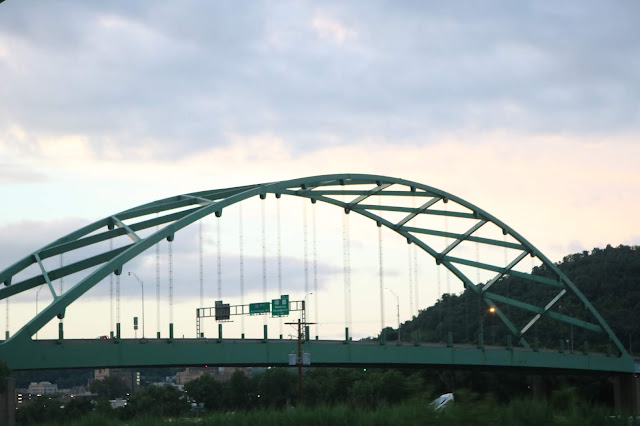 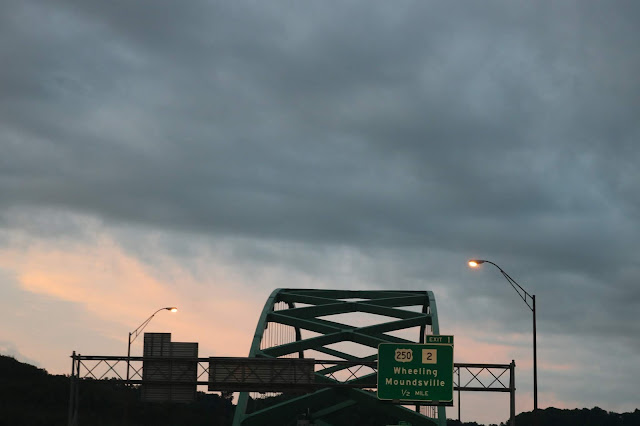 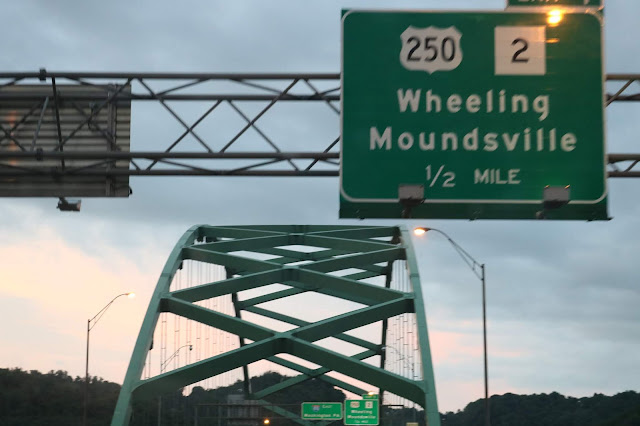 No matter where these two are, they’ll find a way to have fun. We’re here at Moundsville, WV.
A post shared by Chubskulit Rose (@chubskulitrose) on Jun 11, 2018 at 5:58pm PDT

It was almost 10 pm when we arrived home.  We were tired but  we had fun.  We were  able to  help  putting the  play set together but glad that it is now completed in school.  All  is lacking is the  mulch or  sand to complete the project.
at September 10, 2018