I am sure that most of you have watched this on TV or on youtube but I still want to post it here. It just amaze me how this dog is so loyal to his friend that he wouldn't leave by his/her side.  These dogs  are the ones that survived from the tsunami, the other one is hurt so the other dog stays with her/him.  Now I understand how our dog Champ, did not got when our other former dog tried to flee.  We raised  Champ since he was a baby so I think that he established his loyalty to us.


The above video, reminds me of the  movie I watched a couple of months ago,  with Richard Gere as a star.   A movie that would  make you cry while you're watching it.  Hachicko or Hachi A Dog's Tale - is sad movie depicting about the dog's love and loyalty of his master who have found him when he got loose from his cage and basically raised him.  When Richard Geere suddenly died, the dog still goes to the train station where he used to wait for his master, he did that for nine years until he died.


According to what I read, this movie was based on a real life story.  So if you have time, try to search for it  on youtube, you can watch  it there or buy a  DVD, it's worth your time and money.
at March 25, 2011

We  always passed by this Coal Country Miniature Golf along Interstate 79 in Fairmont, West Virginia.  I would like to explore their facili... 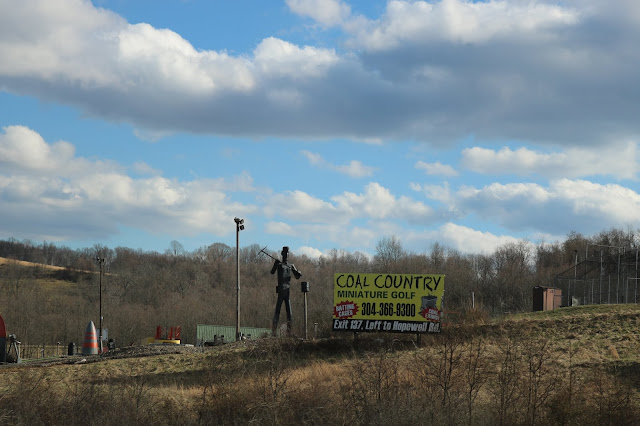