The Joy of Giving

At the age of five, Ms. Burrito understand the joy of giving.  My FIL would sometime give the kids  a few dollars whenever they are  extra loving, or when they do something for him.  We always told  Dad not to give the kids money but he  gives it anyway.  Ms. Burrito always  put her money away and saves them but Mr. Burrito  spends it in buying toy cars lol. 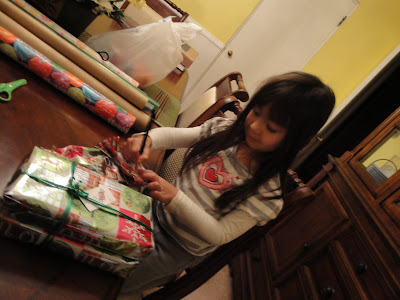 Anyhow, last Christmas, Ms. Burrito insisted that she need to  buy us something out from her  savings.  So we told her what we want and she bought it at the mall when we went there few days before Christmas.  She bought me a pair of stockings and a pack of undies for Dad.  She personally wrap  the gifts too. 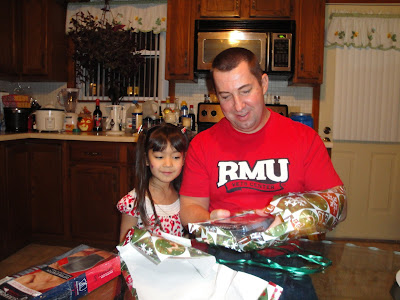 The funny thing is that she told us to forget what she bought so we would be surprised when we open it lol.

Here's the actual conversation:
Ms. Burrito: Please forget what I bought at the mall for you guys okay?
US: Okay princess.

Then she realized what she said and giggles

Ms. Burrito:  You're tricking me.  You're not suppose to know.
Dad:  Well, you suppose to say that  it's a secret lol.

I was LMAO with their conversation.  Kids are freaking awesome, aren't they?
at January 10, 2011

Email ThisBlogThis!Share to TwitterShare to FacebookShare to Pinterest
Labels: gifts