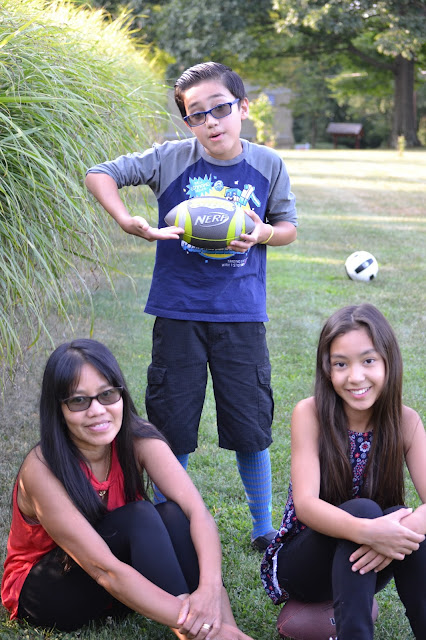 On August 26, one of my husband's  co-worker invited us to their  home for a party.  They live  way out in Beaver PA.  We have never been  to this part of Pennsylvania so it was fun seeing a new place.  He lives in a big  piece of land so he has farm animals like goats, chicken,  and rabbits. 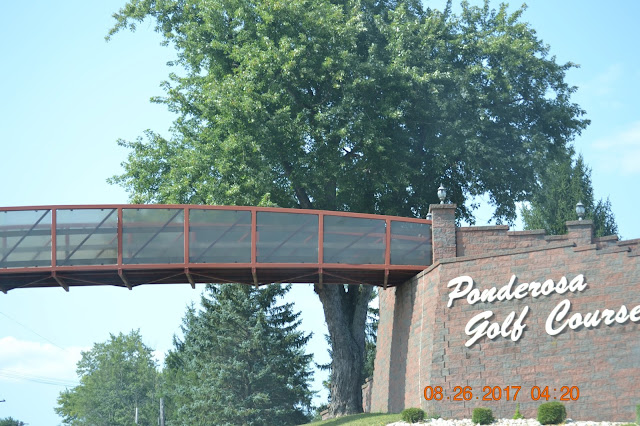 We passed by this Beaver Valley First Energy Power Corp and I am always amazed of how big these things are.  Two weeks after our visit, my husband's buddy told him that few  workers at this site died due to an accident, it's so sad.  I believe Beaver Valley Nuclear is also near this vicinity. 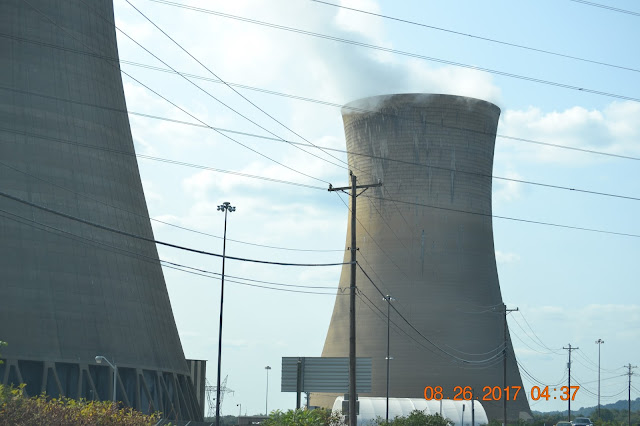 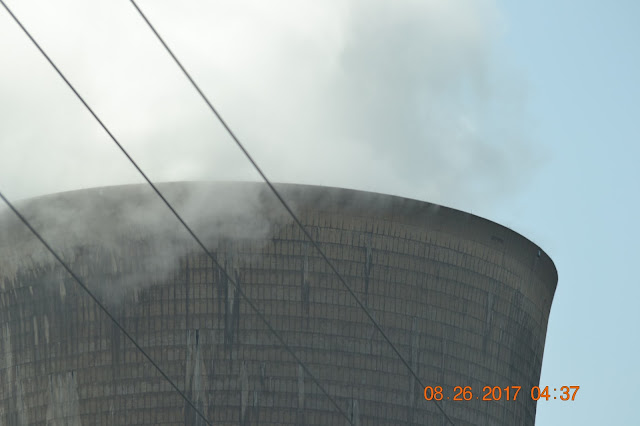 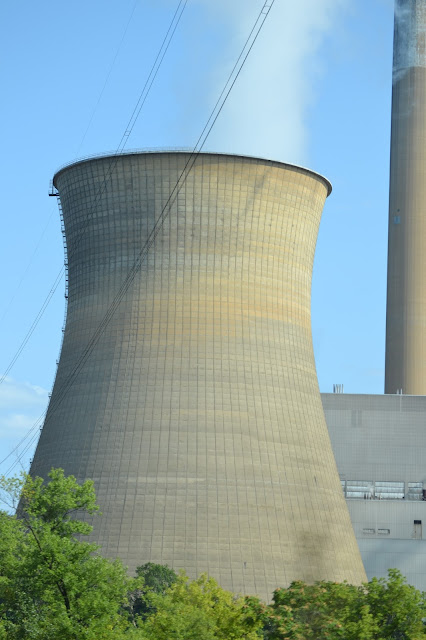 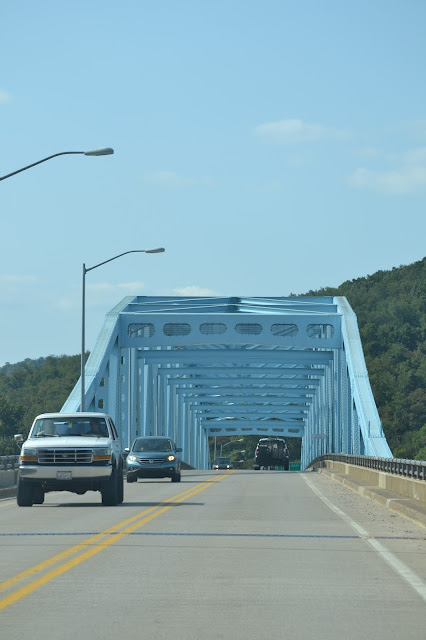 The shipping port bridge is beautiful.  It reminds me of South Korea when we were crossing it.   We weren't going to go because most of the people  going to the party are all young and it was supposed to be just a "beer-kind of  party" but the kids wanted to see the   farm animals so we went. 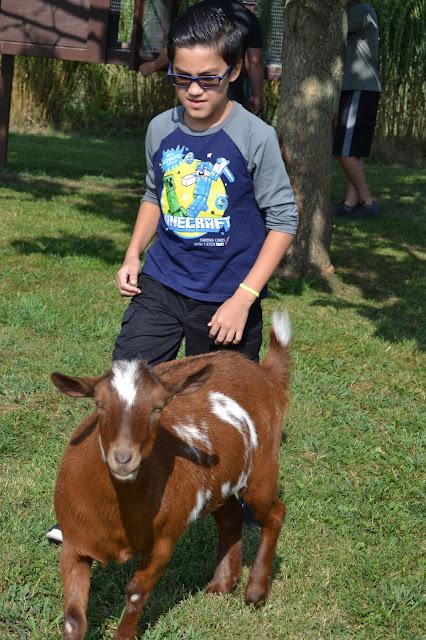 We seldom see goats especially that we live in the city.  The only time we see   some is when we go to commercial farms or in the zoo so it was a treat for my kids to  interact with these Pygmy goats. 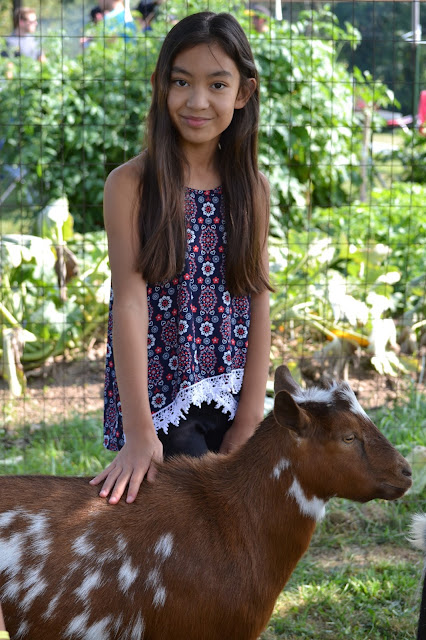 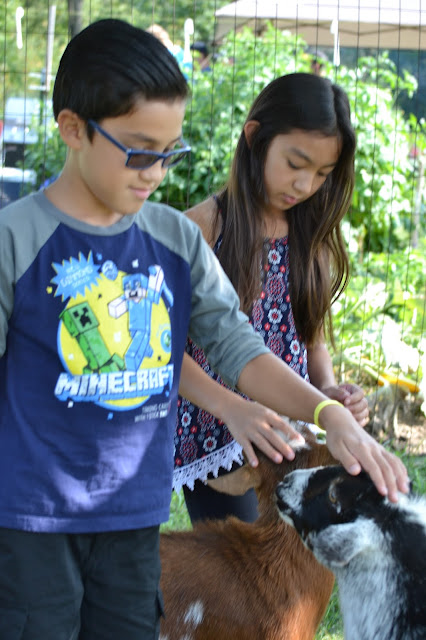 It's awesome that they were not  afraid to  interact with the kids. 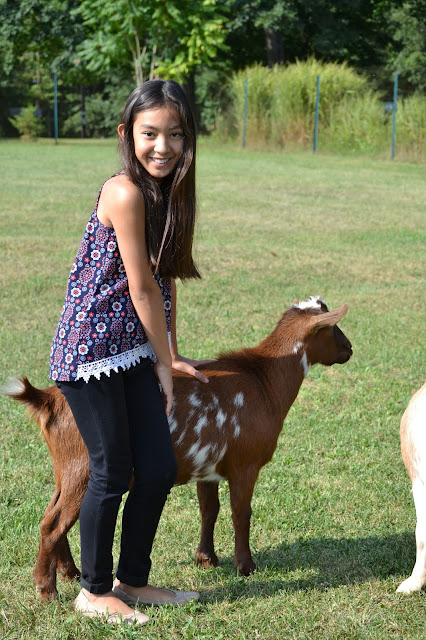 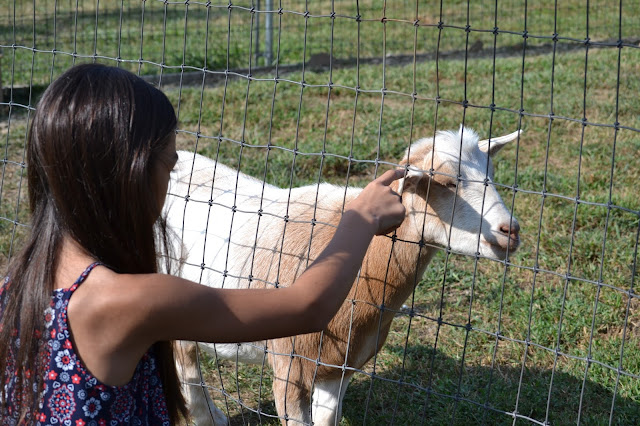 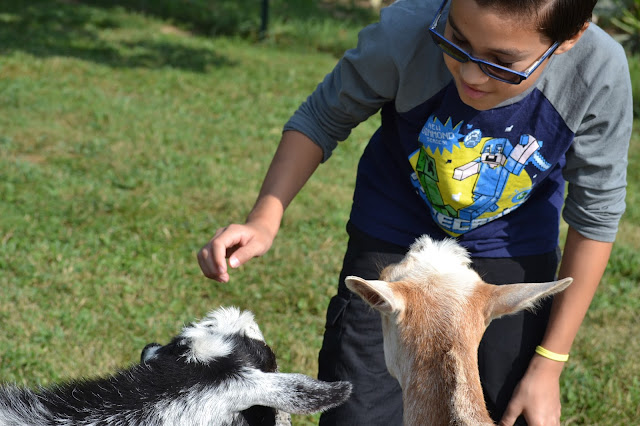 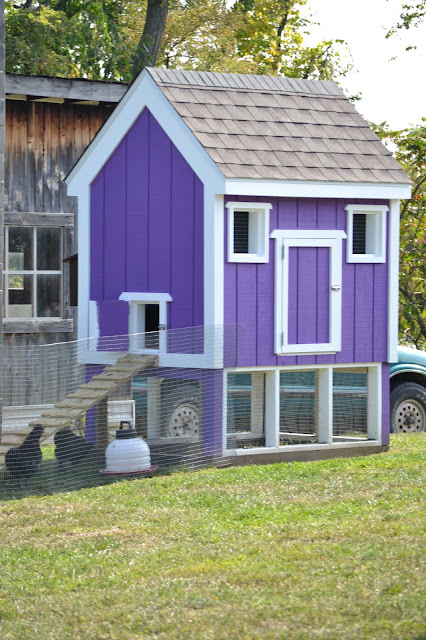 They have silkies chicken which was a unique kind of chicken that I have ever seen.  I grew up in a farm but we've never had silkies, we only had the regular ones. 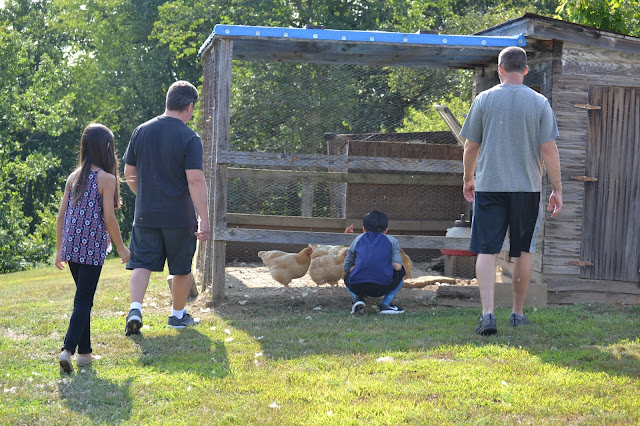 They also have so many regular chicken which my children was very fond of  feeding  grass. 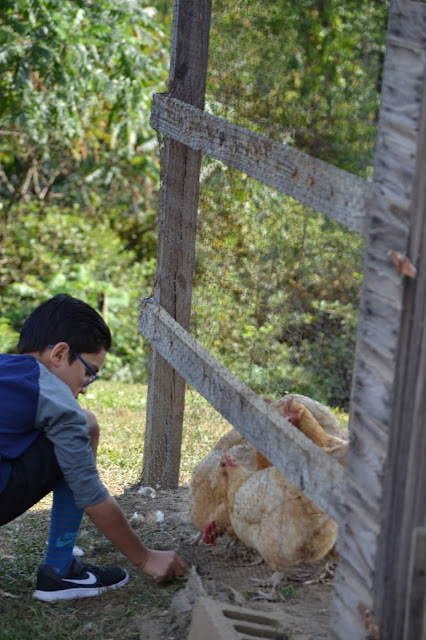 My husband would sometime  comes home from work with trays of fresh eggs.  His buddy couldn't consume it all so he would always bring it at work and give it away. 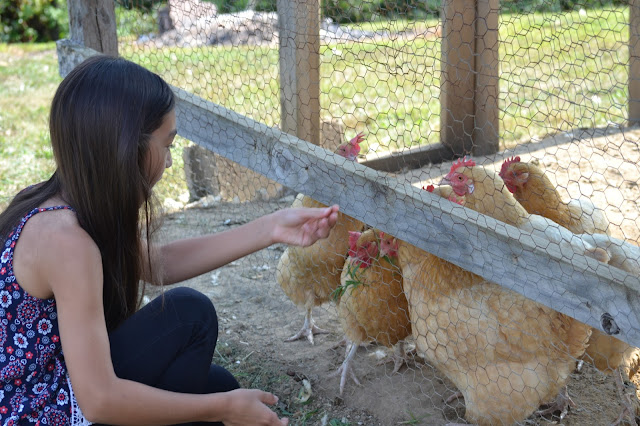 I was glad that even though, most of the guests were young and they were doing the BBQ and  drinking, there were stuff to do for us and the kids.  They  set up a badminton  set and also have football.  It kept us busy plus the animals were  really a pure entertainment especially for the kids. 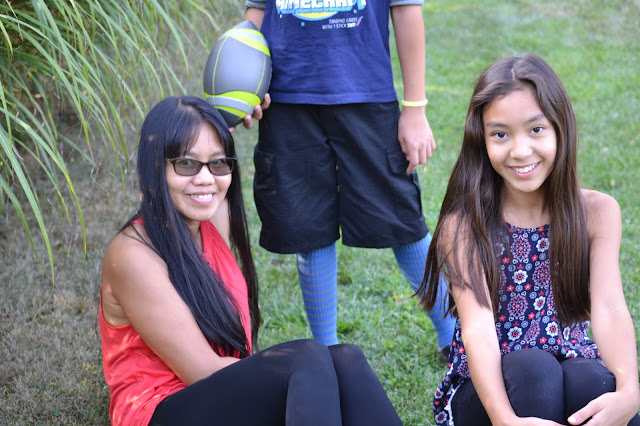 My son admires the farm "toys" that the homeowner have in his  property.  When we were looking for a house to buy, we contemplated on getting a farm house and we did  looked at some but the locations are way far out that we thought it would be hard for the kids to  go to school and have some friends so we stayed close to the city. 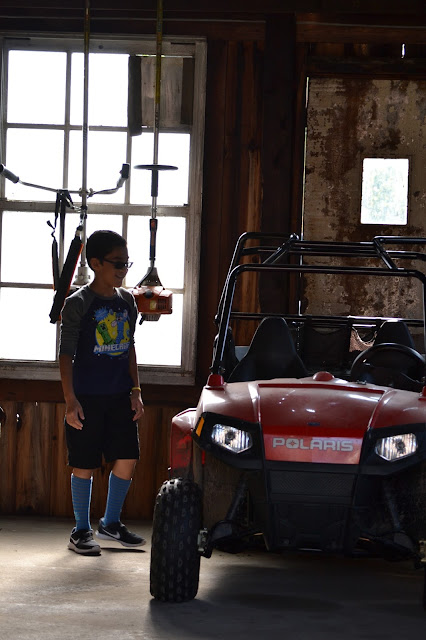 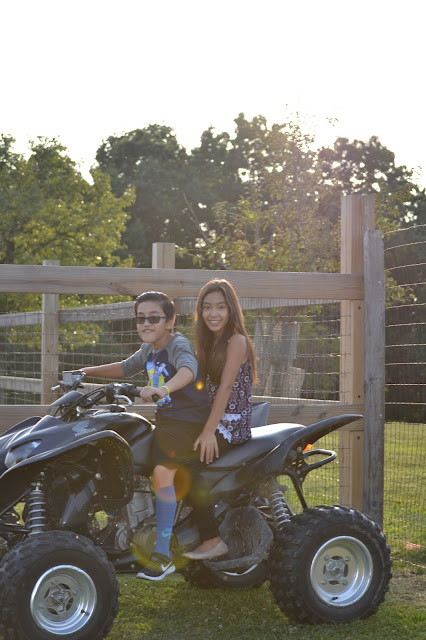 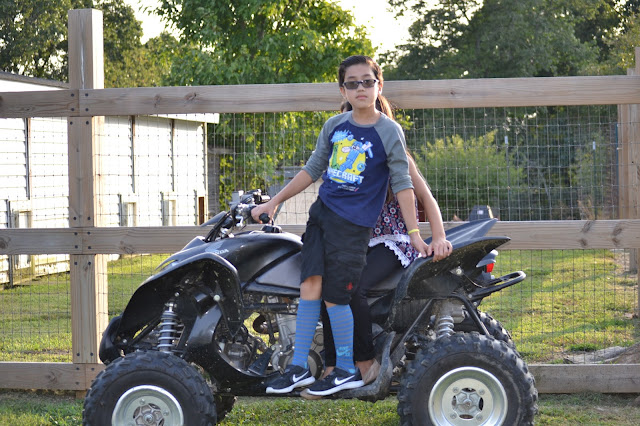 Living in the farm is  a pure pleasure for me personally but it's not for everybody.  My husband  have considered it but he have never lived in a farm so I thought it would be a big adjustment for him and the kids.  I had fond memories of  a farm life.  Raising  pigs, chicken, and carabao and working in a rice field was  sure a hard work but fun. 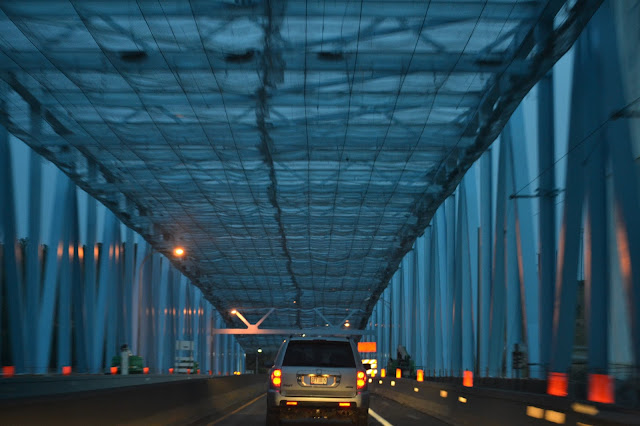 Anyway, we had a great time.  I will post the games we played while were there next time.  It was dark when we came home.  We felt so bad  that the homeowner  got  hurt  during the game that he had to go to the hospital but we thanked him for having us over.  We had a blast.
at September 20, 2017